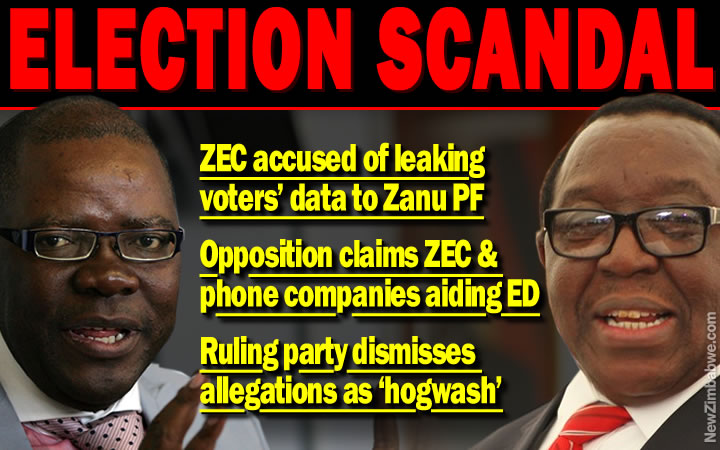 The opposition says thousands of supporters reported receiving the messages.

“Zanu-PF has been caught with its hands in the cookie jar. There is no legal way for any political party to access voter phone numbers,” opposition leader Nelson Chamisa said Tuesday on Twitter.

Some of the messages seen by The Associated Press solicited support for President Emmerson Mnangagwa in the July 30 election and were issued in the language of the area where the voter lives. Zimbabwe, like many countries in Africa, is multilingual.

Mnangagwa, who took office in November after longtime leader Robert Mugabe was pressured into stepping down, has pledged a free and fair election in the hope that years of international sanctions will be lifted.

Past elections in the southern African nation have been marked by alleged violence and fraud, and the main opposition under Chamisa has raised a number of concerns about transparency that have been echoed by Western election observers who have been welcomed for the first time in almost two decades.

“There are so many instances where you leave your phone numbers where you buy your goods,” one commissioner, Netsai Mushonga, told reporters.

Another commissioner, Qhubani Moyo, called the messages “bulk telemarketing adverts that we have always seen and received from various suppliers of services”.

Zanu-PF spokesperson Simon Khaya Moyo confirmed the party sent the messages but denied allegations that the data came from the elections body as “hogwash”. He won’t say how the party obtained it.