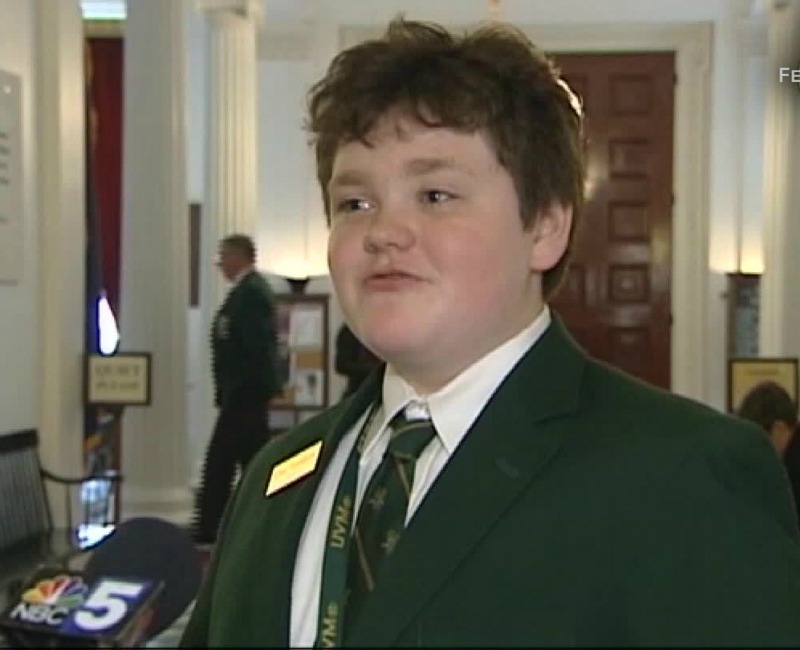 Most 14-year-old American schoolboys might be fixated on baseball, chasing girls and dodging their homework. Not Ethan Sonneborn. He’s running for governor in Vermont.

The teenager is taking advantage of a quirk in the constitution of the bucolic northeastern state that imposes no age limit on running for governor. Candidates only have to have lived in Vermont for at least four years.

Ethan, happily for his campaign, has lived in the state for 14. He faces a crowded field of adult rivals in Tuesday’s Democratic gubernatorial primary.

His website proclaims him a champion for middle- and working-class families, with “the right ideas” on healthcare reform, economic development and education – never mind that he’s still years from graduating high school.

He identifies with the progressive wing of the Democratic Party, which has been increasingly in the ascendant in the United States since the ultimately thwarted run for president by Vermont Senator Bernie Sanders in 2016.

“I think I’m the candidate who best represents the change we need,” he told a televised town hall event earlier this month.

His rivals include Christine Hallquist, running to become America’s first transgender governor, James Ehlers, a Navy veteran and environmentalist, and Brenda Siegel, the executive director of a dance festival.

But despite praise for Sonneborn’s “maturity” and political awareness, his campaign has attracted calls for Vermont lawmakers to close the loophole.

“I think we should probably take a look at that to be perfectly honest,” Republican Governor Phil Scott told reporters when asked if he thought 14-year-olds should be eligible to run.

“I think you should at least be able to get your driver’s license at the time that you become governor.”

Scott, 60, has been at the helm of Vermont since 2016 and is running for re-election, facing Keith Stern, who runs a fruits and vegetable business, in the state’s gubernatorial Republican primary, also on Tuesday.