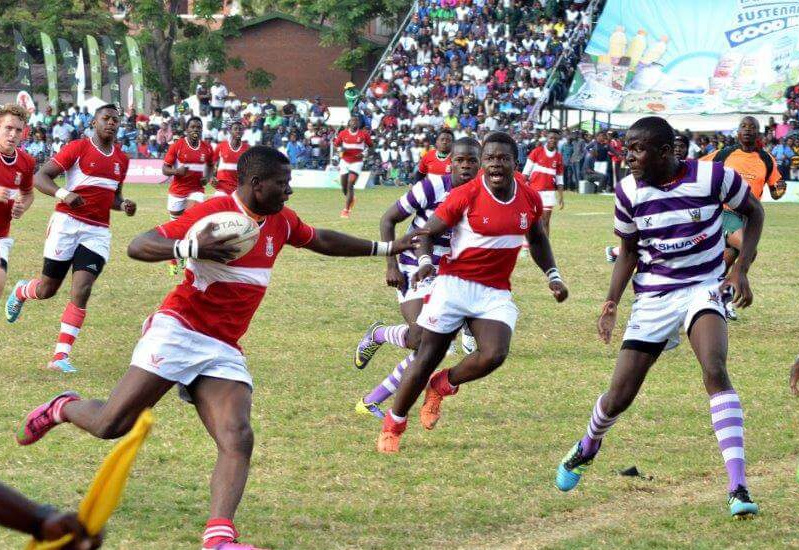 ZIMBABWE’S brightest schools rugby event, the Dairiboard Schools Rugby Festival has become the latest sporting event to be postponed due to the coronavirus pandemic, organisers confirmed on Friday.

This year’s edition of the Dairiboard Schools Rugby festival schools rugby which attracts hundreds of participating teams drawn from around the country and beyond the country’s borders was due to take place at its traditional home Prince Edward School in Harare from April 27 to May 5.

Organisers of the event, Prince Edward School and the sponsors Dairibord Zimbabwe (Pvt) Ltd have decided to defer this year’s edition of the festival “in line with the recent announcement by his Excellency President E.D Mnangagwa and on the backdrop of the recent pronouncement by the World Health Organisation declaring the COVID-19 a pandemic.”

“The interest among local rugby fans has also been growing in leaps and bounds. Rugby, being a high contact sport and in light of the Corona Virus, Prince Edward School (the Festival Organiser and Host), Dairibord (the Festival Title Sponsor), have seen it only fit and responsible to defer the Seventh Edition of the Dairibord Schools Rugby Festival as a health risk mitigating measure for the participating teams, officials and fans.”

The organisers added: “The health and safety of all the Dairibord Schools Rugby Festival participants is of utmost importance to us, hence the decision to defer to a future date to be advised in line with the developments regarding the COVID 19 pandemic.”

The brainchild of textile company David Whitehead, the tournament’s initial sponsor when it was first played in 1995, the annual schools rugby festival has grown in stature every year.

The festival has been credited for providing a springboard for world-class players such as Springbok star player Tendai “Beast” Mutawarira, former Springbok player Tonderai Chavhanga and Takudzwa Ngwenya (USA) among others and most, if not all of Zimbabwe’s national team players.

The annual Schools Rugby Festival has also helped to improve the standards of the game in the previously non-traditional rugby-playing schools in remote parts of the country.

Last year the festival received a major boost after its title sponsors — Dairibord Zimbabwe (Private) Limited — renewed their sponsorship package for the next three years.