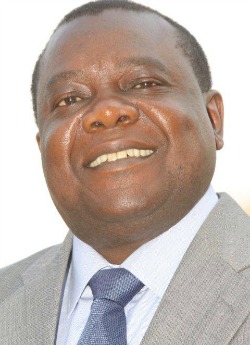 THE Confederation of Zimbabwe Industries (CZI) announced Monday that Schweppes Managing Director Charles Msipa had been elected new president for the industrial body.
Msipa takes over from Nestle Zimbabwe Chief Executive Kumbirai Katsande who did not offer himself for re-election.   Before the appointment, Msipa was CZI’s first VP.
Msipa has been Managing Director of Schweppes Zimbabwe Limited since 2006.
After training as a lawyer at University of Zimbabwe, Charles began his professional career practising law with a Harare law firm in 1998.
He joined Coca-Cola Central Africa in 1992, and has worked in the beverage industry in a variety of assignments in legal, external affairs, marketing operations, sales and marketing in Zimbabwe, Zambia, Malawi and the United States of America during the last 20 years.
Msipa is a member of the CZI National Council. He served as vice-chairperson of the CZI Trade Development and Investment Committee and also represented CZI on the board of directors of the Zimbabwe Investment Authority (ZIA).
He holds BL and LLB degrees from University of Zimbabwe, Master of Laws from University of Edinburgh and Master of Arts in Law and Diplomacy from the Fletcher School of Law & Diplomacy, Massachusetts, USA.
The new vice presidents will be Henry Nemaire, Tanganda Finance Director and BOC Gases Managing Director Edison Padya.Advertisement