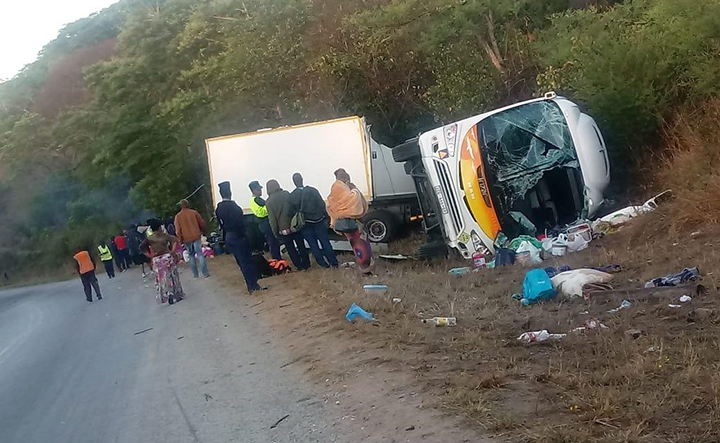 According to State media, the coach was travelling to Malawi from Johannesburg in South Africa.

The accident occurred about 20 kilometres from Masvingo, in an area called Nyanda.

15 people were injured, four of them South Africans while the rest were Malawian nationals.

The bus driver was reportedly trying to avoid a collision with a truck that encroached onto his lane.

Two weeks ago, an explosion on a bus near West Nicholson in Gwanda District left 33 people dead with 30 of them burnt beyond recognition.

Earlier this month, a bus collision near Rusape killed 46 people, and injured 70 others.