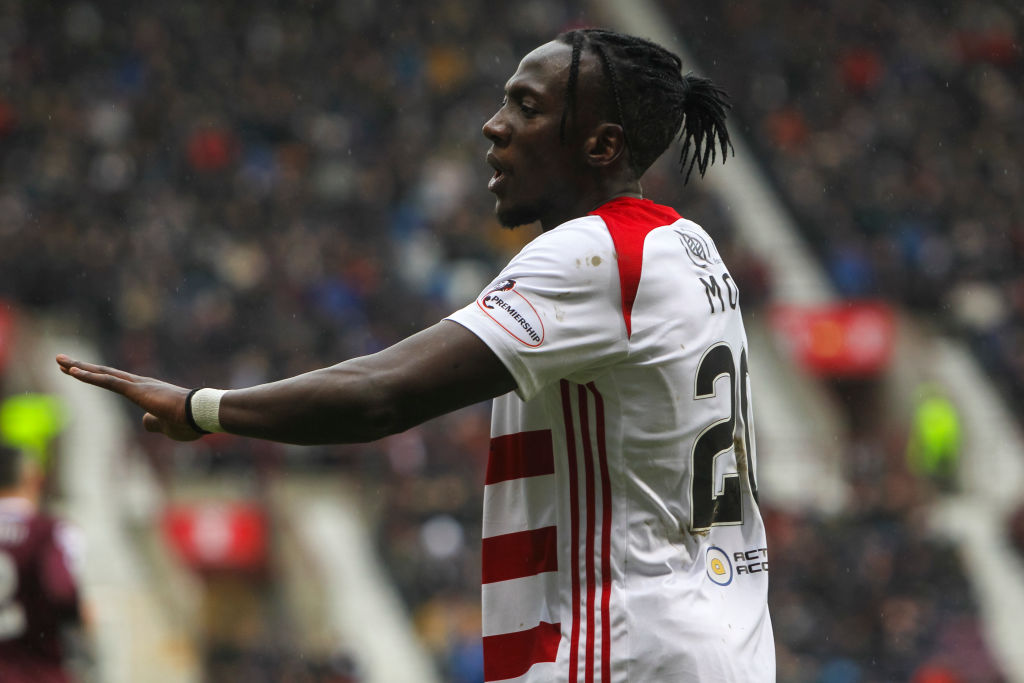 SCOTLAND-BASED Zimbabwe international striker David Moyo has become the latest player to be ruled out of the Warriors’ upcoming Africa Cup of Nations qualifiers next week after his club, Hamilton Academical confirmed he would not be allowed to fly to Southern Africa due to Covid-19 travel restriction.

The 26-year-old dreadlocked forward, who has three caps for his country, was initially named in the Warriors squad for the AFCON qualifiers away to Botswana on March 25 and a home clash with Zambia on March 29.

However, with both Zimbabwe and Botswana on the UK’s red list for travel, Moyo would be required to quarantine for 11 days upon his return to the UK and Hamilton Accies announced all parties have come to an agreement on the situation.

Had he travelled, Moyo would have missed vital games for his club which is second from bottom and is fighting relegation from the Scottish premiership.

“In mid February, the club received advance notification that David Moyo was likely to be selected, and therefore his international release was sought for Zimbabwe’s two African Cup of Nations Qualifiers in the March international dates,” the Scottish side said in a statement.

“David had been involved with the squad in their last matches in November.

“However, the Covid situation has evolved since then, particularly regarding severe travel restrictions within the UK, within Europe and worldwide generally.

“The need for quarantine when returning to the UK from certain red zone countries has also adversely affected matters.

“Accordingly, by decisions of the FIFA Council in August 2020, and updated in February 2021, players weren’t obliged to travel, and clubs weren’t obliged to release players, if a certain length of quarantine was necessary upon the player’s return to their original country.

“Zimbabwe were due to play Botswana away in Gaborone on 25th March, and at home to Zambia in Harare on 29th March.

“As both Botswana and Zimbabwe are on the UK’s red list, David would have required to quarantine upon his arrival back into London, at his own expense, for 11 days which would have seen him miss a further two Accies games also.

“The club spoke at length with David, and we communicated with the Zimbabwe FA on the matter also.

“In the current period of severe travel restrictions, the evolving Covid situation and the need to quarantine on returning to the UK, David wishes to reiterate his commitment and desire to play for his national team, and was entirely accepting of the situation, but was nevertheless regretful, that he would be unable to join the Zimbabwe squad for these two matches in the next fortnight.

“The club also thanks the ZFA very much for their understanding of the situation, which is outwith all our hands at the current moment.

“We wish Zimbabwe well for their qualifiers and express the hope that David will receive future call ups for his national team.”