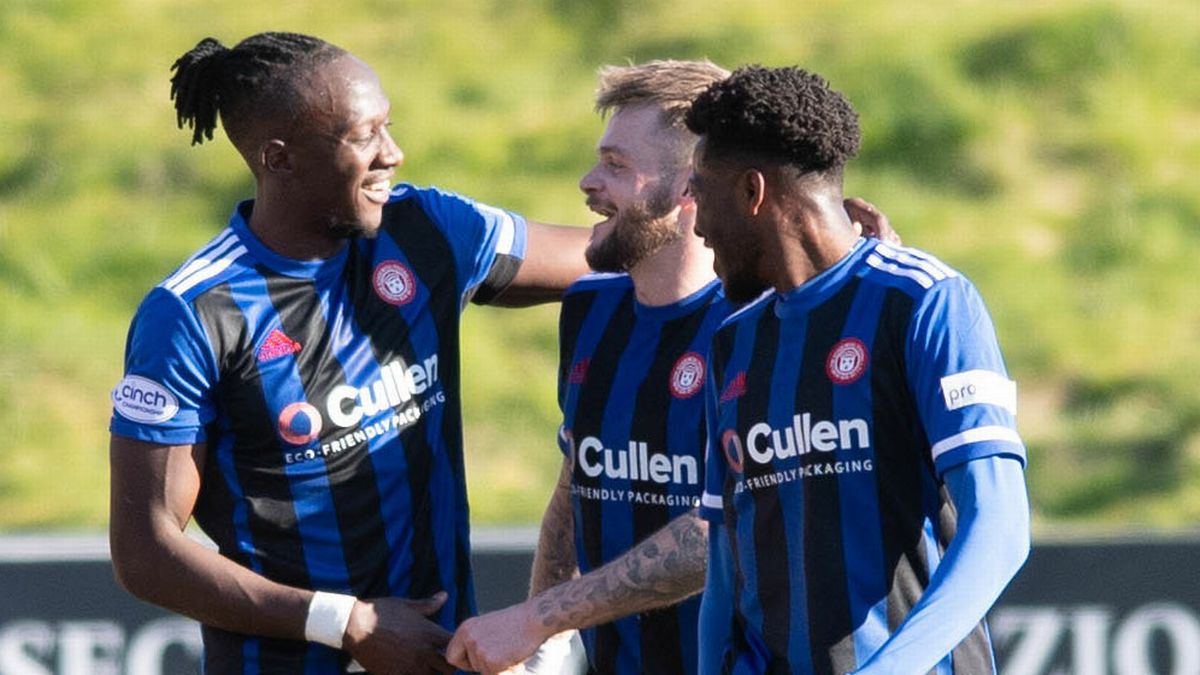 HAMILTON star Andy Ryan heaped praise on “priceless” David Moyo – then complained about his strike partner’s assist for his opener in the win over Partick Thistle.

The duo were a formidable force at Firhill on Saturday as Ryan bagged a brace, while Moyo and fellow forward Andy Winter also got on the scoresheet in a 4-0 thrashing of Thistle.

Moyo’s persistence paid off for the opening goal of the game as he chased down a pass back on the bobbly surface, blocked goalkeeper Jamie Sneddon’s attempted clearance and then won the loose ball to set Ryan up for a tap in.

That broke the deadlock and set the tone for a dominant Accies display.

While Ryan lauded the Zimbabwe international for his display, he still found room to complain about Moyo’s assist.

Ryan, who is up to 11 goals for the season, said: “The three of us up front caused them problems and the backline and midfield behind us were squeezing up. We defended excellently and defended well at the other end.

“But what David brings to the team is priceless.

“He works his socks off, he occupies defenders – but I don’t think I’ll be thanking him for that pass!

“I had to take a touch at that first goal.

“But he’s great and I’m delighted he got on the scoresheet as well.

“David will have his personal targets and I’ve got mine, but I’ll keep mine in-house for now because I don’t want to make an a*** of myself.

“As a striker you always set yourself those personal targets but this was about coming here and getting the three points.

“Straight from the get-go we were right on top of them, we didn’t give them a second.

“We set the tempo for the game and everything clicked.”

The victory has Accies nine points clear of the bottom two sides – Queen of the South and Dunfermline – in seventh place and they now host Queens on Saturday as they look to climb further up the Championship table.

Stuart Taylor’s side are 10 points off the promotion play-off spots and Ryan added: “It’s six big games that we’ll be looking to win if we can put in performances like that again.”