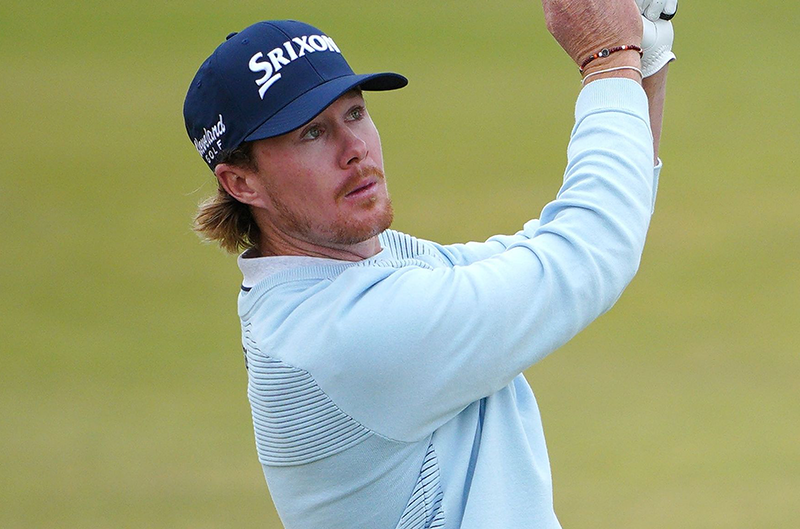 Zimbabwe-born American golfer Sean Crocker held off a spirited challenge from Eddie Pepperell to claim his first DP World Tour title with a wire-to-wire victory in the Hero Open on Sunday.

Crocker carded a final round of 68 at Fairmont St Andrews to finish 22 under par and a shot ahead of Pepperell, who had piled on the pressure with a closing 65.

“It’s pretty cool but man, winning a golf tournament is not easy and Eddie did not make that easy for me either,” a relieved Crocker told Sky Sports after crucial par saves on the last two holes sealed the win.

Asked how he felt standing over a four-foot putt to win on the 18th, Crocker – who missed nine cuts in a row earlier this season – added: “Nervous as hell.

“I’ve felt pressure like that before but it’s my first pro tournament (win) so that putt looked like it was 20 feet and that hole looked like it was half an inch wide. But right off the face I knew it was a well-struck putt and as I looked up and saw it drop I was just telling myself ‘Don’t start crying’.

“It’s awesome and it just shows, you just don’t know what this game is going to bring you.

“We go out there every day trying our hardest and we can play terrible for a long time and then all of a sudden you have a week like this where every bounce seemed to go my way. Putts dropped, I hit the ball beautifully and again it makes me appreciate this game I play and what I get to do for a living.”

Crocker, who was born in Zimbabwe and raised in California, United States, soon lost his two-shot overnight lead as Pepperell and Denmark’s Oliver Hundeboll both made flying starts, but a birdie on the sixth and three more in four holes from the 10th restored his advantage before Pepperell’s birdie on the 18th set up a nervous finish.

Pepperell reached a high of 32nd in the world following the second of his two wins in 2018, but has struggled in recent seasons and was understandably pleased with his first top-five finish in three years.

“I am proud,” Pepperell said after a round containing eight birdies and just one bogey.

“It was pretty flawless until the ninth and then it felt far from flawless for a few holes. I had to figure it out because there were some tough tee shots coming in but I just trusted my routines and from the fairway in I felt like I played great.

“I haven’t been in this position for a long, long time but by and large I think I did a good job.”

Scotland’s David Law and Spain’s Adrian Otaegui shared third place on 19 under, with Hundeboll and Sweden’s Jens Dantorp another stroke back.