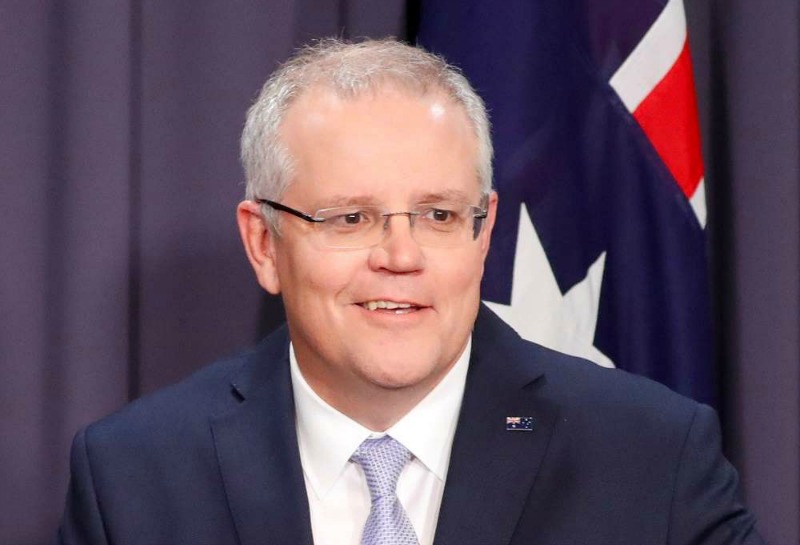 Australia’s new prime minister Scott Morrison, a staunch conservative and devout evangelical Christian, on Saturday pledged to heal the ruling Liberal party after  a week of infighting that outgoing leader Malcolm Turnbull said left his nation “dumbstruck and so appalled”.

Following a brutal party brawl, Morrison emerged victorious as leader in a 45-40 party-room vote against Peter Dutton, a hardliner who led a coup against Turnbull.

Morrison, formerly the treasurer, equivalent to Chancellor of the Exchequer, was sworn in on Friday by the Governor-General, the Queen’s representative, to become Australia’s sixth prime minister in eight years.

“There has been a lot of talk this week about whose side people are on in this building,” he said.

“As the new generation of Liberal leadership… we are on your side. Our job … is to ensure that we not only bring our party back together, which has been bruised and battered this week, but that … we bring the parliament back together.”

Turnbull, a former investment banker who became leader after toppling Tony Abbott in 2015, was ousted by a group of right-wing MPs who mistrusted his progressive views, even as he  veered rightward on issues such as climate change, the republic and same-sex marriage.

“Australians will be just dumbstruck and so appalled by the conduct of the past week,” Turnbull said after resigning.

“To imagine that a government would be rocked by this sort of disloyalty and deliberate insurgency… That’s why this week has been so dispiriting. It’s been vengeance, personal ambition and factional feuding.”

The toppling of Turnbull means that no Australian leader has served a full term since John Howard after the 2004 election. He joins Labor’s Kevin Rudd and Julia Gillard, and Abbott, a Liberal, in the succession of ousted leaders.

Warren Entsch, a Liberal MP,  said after the vote: “This revolving door of prime ministers has got to stop”.

Adding to the turmoil, Turnbull said he planned to leave parliament, which would require a by-election that could threaten the ruling Liberal-National Coalition’s one-seat majority. This could force an early general election, which is currently due by May.

Morrison, a father of two and faithful member of an American-style mega-church, did not support the move to topple Turnbull. He was elected after a three-way contest against Dutton and Julie Bishop, the foreign minister, who was defeated in the first round of voting.

Trump tweeted, “There are no greater friends than the United States and Australia!”

Morrison soon responded, writing on Twitter: “Had a great discussion with @realDonaldTrump this morning. We affirmed the strength of the relationship between the US and Australia…”