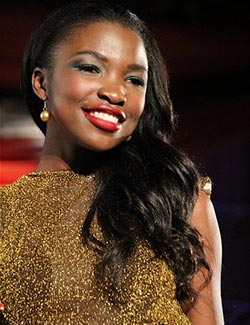 AS preparations to the second edition of the Harare International Carnival gathers momentum, battle lines will soon be drawn among Zimbabwe’s beauties as they compete to take over the Carnival Queen Zimbabwe title from current holder, Dananai Chipunza.
The grand finale is scheduled for 16 May 2014 in the capital Harare with the new Queen set lead the Harare International Carnival Street Party on Saturday 24 May 2014.
Regional castings to scout for Carnival Queen Zimbabwe contestants are set to commence on this Friday in Mutare and Gweru at the ZTA Offices.  This will be followed by Masvingo and Bulawayo on 23 March.
Beitbridge and Victoria Falls auditions will be held on 25 March. March 29 will see carnival queen castings in Chinhoyi and Bindura while Harare auditions have been scheduled for 5 April.
The Zimbabwe Tourism Authority said top models across the country are encouraged to register and participate at the regional castings to stand a chance of being the next Carnival Queen.
ZTA ZTA spokesperson Sugar Chagonda on Tuesday said: “We are calling upon intelligent, top models of character to participate in the auditions.
“The Carnival Queen is not just another pageant but it is a platform for selecting talent and beauty that will represent the country not only as a tourism ambassador but in all spheres.
“As such, the auditions are meant to identify the best from all provinces as we are looking at someone with the ability to assume an ambassadorial role for brand Zimbabwe”.
He added that the criteria by which finalists will be selected will abide by international standards as the overall winner will represent the country at an international pageant.
Last year, Chipunza raised the country’s flag high during the Miss International finals held in Malaysia on 31 December.
She qualified into the top 10, won Miss Talent 2nd Runner up Title and was appointed brand ambassador for Asian Metropolitan University in Southern Africa.
Having pace-set this laudable record, the pressure is exerted on the next Queen to emulate or to surpass this feat.
Interested participants are expected to be at least 1,72m tall, be between the ages of 18-23, possess at least 5 O’ levels , never been married, no child or pregnant before. They must be Zimbabweans or possess any Zimbabwean identity document regardless of their race.Advertisement

The Beauty pageant will run under the theme “Celebrating the Beauty of our diversity” which is in support of the 2014 Carnival theme ‘Celebrating our Diversity’.
As such the pageant will be a platform to appreciate a diverse knowledge of Zimbabwe’s heritage, culture, tourism and all spheres of human existence.