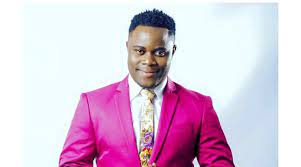 A single hit titled “Mamero” by gospel singer Sebastian Magacha, featuring comedienne Madam Boss, is trending on social media platforms and has raked in 142 000 You Tube since its release four days ago.

It was produced by Mcdonald Chidavaenzi.

In an interview, Magacha said the song is about fake friends.

“We have come to realise that the community is stuck with people whom they regard as friends yet they are fake. They give a fake impression to get what they want from you. So the song is a warning to them and at the same time a dance along,” Magacha said.

Magacha also said he engaged Madam Boss so as to bring a comedy flavour in his song.

However followers of both celebrities on social media have taken the message as being directed to their haters in real life.

Madam boss and Sebastian Magacha have had scandals and confrontations with other artists in the industry resulting in the song making sense to fans.