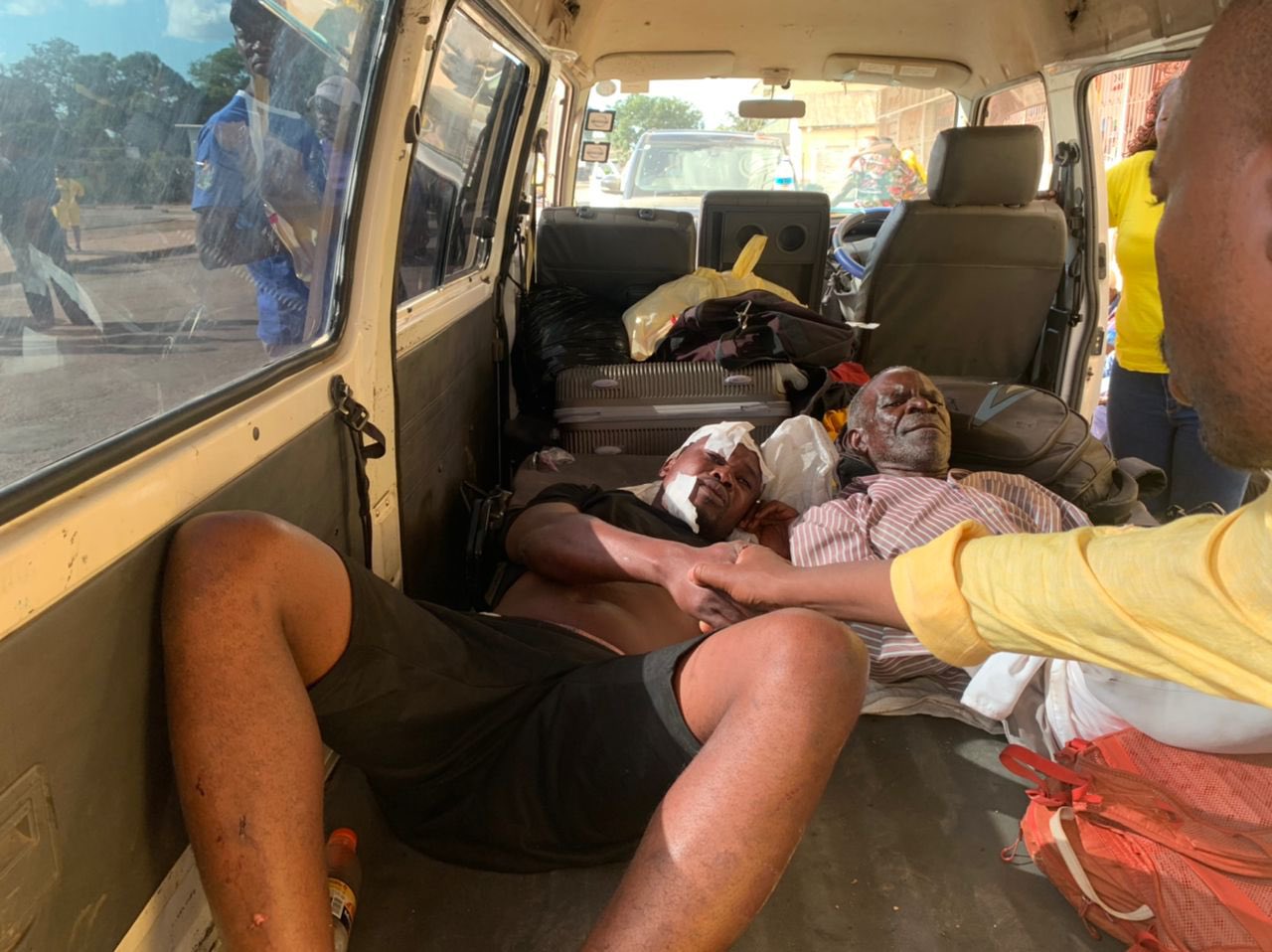 Some of the injured CCC supporters Sunday
Spread This News

SECURITY chiefs informed the police and briefed Citizens Coalition of Change (CCC) of the violence that was experienced in Mbizo, Kwekwe Sunday, opposition leader Nelson Chamisa has claimed.

He was addressing journalists Monday on the Sunday incident that has so far claimed one life and left 22 party activists injured party after they were attacked by suspected Zanu PF supporters.

Chamisa said the Zanu PF members, 16 of whom have been arrested, had plans to petrol bomb the event under the instruction of unnamed top Zanu PF leaders. He added they also attempted to drop a bomb on his convoy in Mbizo where he addressed thousands of party supporters to drum up support ahead of the March 26 parliamentary and local council by-elections.

“I had been informed prior that they (Zanu PF supporters) wanted to do this. I am reliably informed that the police were aware of this and they know this because they have the intelligence,” he said.

“I had it on good authority that they were planning this thing, and that’s what they did according to the police is something that was premeditated and they know the sponsors and the sponsors are big political people.

“The intention was that we do not address the people.

“They were even targeting the leadership. They actually wanted to petrol bomb our convoy at the traffic lights. The people who were doing this are people who have been attempting on our lives. It shows you wicked people are who believe in eliminating opponents. We are in a very dangerous zone.

“Yesterday, it was actually around 4-5 pm, they side-swerved our cars. They thought I was in another car, but I had changed the car. It shows you how wicked they are. We are very conscious of what we are fighting against.”

Meanwhile, Chamisa has mourned the death of Mboneni Ncube of Mbizo. The 35-year-old CCC supporter was stabbed thrice by suspected Zanu PF youths who were part of the Al-Shabab gang that unleashed violence on the opposition rally.

“You are aware that we have just lost a life. As we speak right now, what is clear is that a dark cloud hangs over the nation of Zimbabwe as we mourn the passing of a very important citizen. His life has been cut short by political intolerance, a culture of violence that has been promoted by impunity and immunity,” he said.

“We stand in solidarity with the Ncube family. Mboneni Ncube was brutally attacked by a spear and the kind of weapons we are talikng about tells you that we are so backward.”