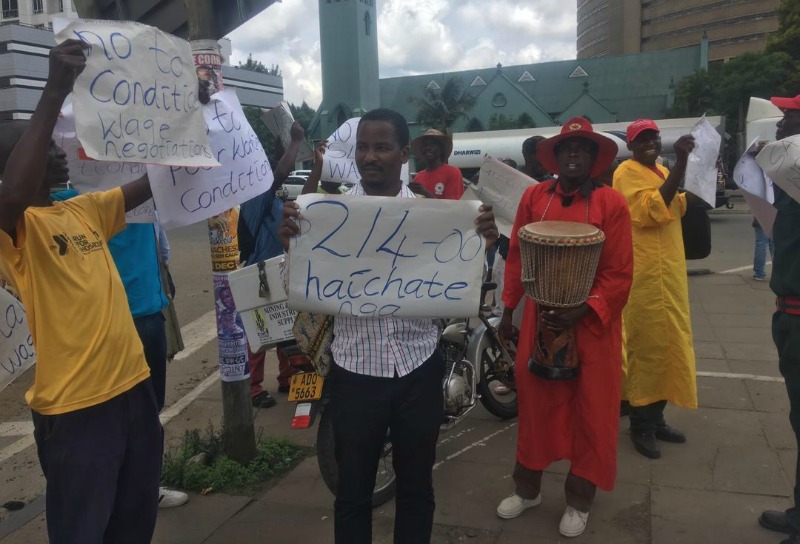 SECURITY guards’ employees’ representatives have declared a deadlock during salary increase negotiations after the sector’s employers refused to meet their US$254 salary increase demand.

The negotiations come at a time when prices of basic commodities and the cost of living in general have spiralled out of the reach of many on the back of the Ukraine/Russia war disturbances which have pushed up inflation rates the world over.

Currently, Zimbabwean workers are pushing for US$ salary demands, arguing that it is the only strategy which can lead to the preservation of salary values.

In an update Friday, the Zimbabwe Security Guards Union (ZISEGU) reported that a deadlock had been reached over salary adjustments with the sector’s employer representatives.

This becomes the second time, following a recent deadlock reached after the sector’s employers offered a staggered inclusive wage of ZW$50 000 for July, ZW$60 000 for August and ZW$65 000 for September 2022.

“After heated negotiations, employers went on to increase their offer to a staggered offer of up to ZW$69 000 for September 2022.With our intention to settle, we knocked down our position to US$254,” said ZISEGU.

The union said instead, employers then went on to offer up to ZW$85 000 for September 2022 despite employees’ demand of the US$ denominated salaries so as to preserve value.

“We were left with no choice but to adjourn the meeting, to imply a deadlock since the employers were indicating that their position was their final or the ceiling.

“Ladies and gentlemen, we have deadlocked. In terms of NEC Security industry constitution, a deadlock has to be referred to the full council, which is a superior committee, for further consultations internally before taking the dispute outside council,” added ZISEGU.