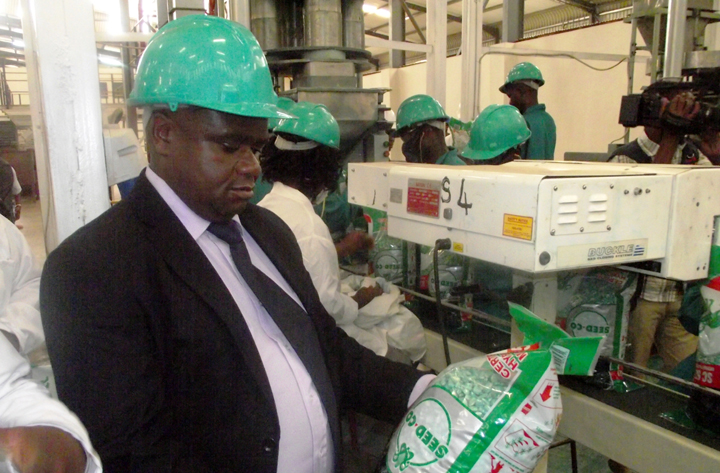 ZIMBABWE’S largest seed producer, SeedCo, has so far collected $16,2 million from a total of $56 million owed by creditors, a company official has said.
Chief executive Morgan Nzwere told journalists on the side-lines of the company’s Annual General Meeting on Wednesday that the company is employing various strategies to recover its money.
“Out of the total amount owed of around $56 million in terms of trade and other receivables, about $16,2 million has been recovered.
“By year end, we expect to have recovered everything because ideally this is what we set out to do at the beginning of each year,” he said.
Nzwere noted that the company had registered an 11 percent revenue improvement in the full-year to March on the back of good performance in the Zambian market.
“In Zambia we had a rebound,” he said.
“The Zambia National Commercial Farmers Union had a very flexible credit scheme and also last year, stocks were affected by the fact that the farmers were sitting on rich carryover stocks which they then planted last year so this year they had to buy new stocks which improved the wheat sales.”
SeedCo registered a 56 percent reduction in finance charges as a result of the debt collected and a $27 million injection from Limagrain, the seed producer’s technical partner, in the year to March 2015.
The seed producer also posted a profit of $15 million in the period under review, from $11,8 million with a dividend of $0,01 per share being declared for the period.
Revenue for the period stood at $94,6 million down from $106,5 million recorded in the prior period, while gross profit was $ 43,5 million.
Turnover fell by 11 percent to $95 million from $106 million, a development attributed to a shift in consumer demand to short-term season varieties.
Operating costs also slumped 11 percent to $31,2 million.Advertisement