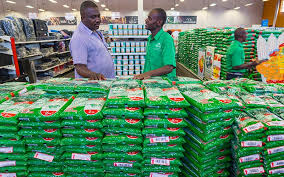 “The introduction of the Foreign Currency Auction System by the RBZ and the accompanying tight monetary policy stance contributed to exchange rate stability and inflation deceleration which allowed the company to maintain its selling prices throughout the summer planting season.

“The abundant rains received during the main farming season were a big boost for seed demand,” he said.

Prior to the inception of the auction platform, most companies were forced to continuously review prices in order to keep up pace with exchange rate fluctuations.

Annual inflation figures have receded from a high of 837 % recorded before the inception of the auction to the current 106 %.

The remarks by SCL come at a time when the RBZ auction allotments this week hit a grand total US$47,1 million with priority going towards revamping industrial productivity.

On the Main Auction platform a total US$37, 2 million was allotted out of which raw materials were allotted US$14, 2 million while machinery and equipment received US$8,9 million.

The Small to Medium Enterprises auction received 652 bids and allotted US$9, 9 million with priority allotments going towards raw materials which received US$2,6 million while  machinery and equipment needs were allotted US$2,5 million.

Meanwhile, during the period under review SCL maize and soybean seed sales volumes increased by 61 % and 17 % from prior year respectively driven by the heightened seed demand attributed to the better rainfall received and government programs aimed towards ensuring food security supplemented by export opportunities across the region.

Wheat seed sales volumes were 56 % higher than last year due to improved irrigation capacity and a first-time export to Nigeria.

“The revenue growth recorded was on the back of the aforementioned sales volume increase anchored by real price stability,” said Chimanya.