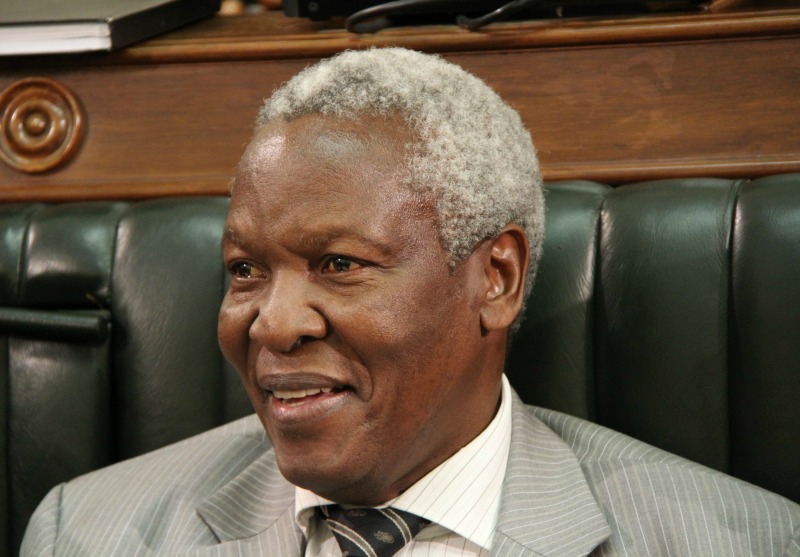 ZANU PF politburo member, Sydney Sekeramayi has fallen on hard times and is failing to repay a US$250 000 debt to a friend.

This has emerged after the friend, Exevia Maoneke, dragged him to court in a bid to recover the money.

Court papers show that Maoneke gave the money to Sekeramayi last year, who promised to repay by February 28 this year.

Sekeramayi however failed to honour his promise, prompting Maoneke to seek the court’s intervention.

Documents seen by NewZzimbabwe.com show that the money was given to the politician in two batches.

Sekeramayi offered as surety, a stand in Marondera, measuring 4 199 hectares.

The mortgage bonds were registered against the property.

Having failed to pay, Mawoneke’s lawyers wrote a letter of demand to Sekeramayi saying; “You will recall that it was a material term of the agreement that the loan would become due and payable on the 28th of February 2022.

“Having not tendered repayment, we are accordingly instructed to serve this letter as our client’s final demand that you pay US$250 000.”

Copies of the mortgage bonds and final notice show that Sekeramayi was supposed to pay U$150 000 on December 4 2021.

The remaining balance of US$100 000 was supposed to be paid on February 28 this year.

The final letter of demand was handed over to Sekeramyi at his Borrowdale residence in March 2022, with Maoneke giving him until March 14 to pay, but he still defaulted.

High Court judge, Justice Slyvia Chirawu -Mugomba, ruled that Sekeramayi should pay up and slapped him with costs.

“Whereupon, after reading documents filed of record and hearing counsel, it is ordered that the provisional sentence be and is hereby granted against Sekeramayi. Sekeramayi shall pay Maoneke US$250 000 plus interest at the prescribed rate of five percent at the date of filing of the summons until the date of payment,” said the judge.

“The immovable property called stand 722 Marandellas Lands, measuring 4 199  square meters, held under deed of transfer No’ 10120/1997 dated November 25 1997 be and is hereby declared executable,” she ruled.

Sekeramayi was ordered to pay a collection commission in terms of the Law Society of Zimbabwe Tariff being 10 percent of the capital.