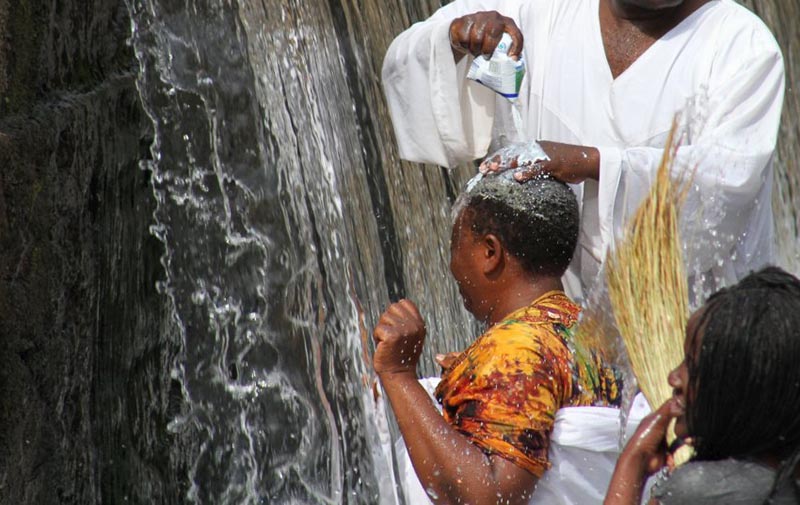 An apostolic sect prophet. Many have died at such shrines
Spread This News

A self-styled Bulawayo prophet, Senzeni Jiyane on Thursday appeared before a Bulawayo magistrate charged with causing the death of a four year old child whom he was “healing”.

The State represented by Mufaro Mageza told the court that sometime this week Ncube approached Jiyane seeking his assistance to heal her daughter Thabile Ncube who could not speak.

Jiyane prepared a mixture of salt, two eggs, water and an unidentified herb.

“The accused persons gave the child the concoction to drink. After drinking the concoction, the child started screaming and bleeding from the mouth and nose. Ncube then took the child to Mpilo Hospital where she died at the Pediatric casualty ward,” the court heard.

The accused are expected to appear in court on 12 April this year.