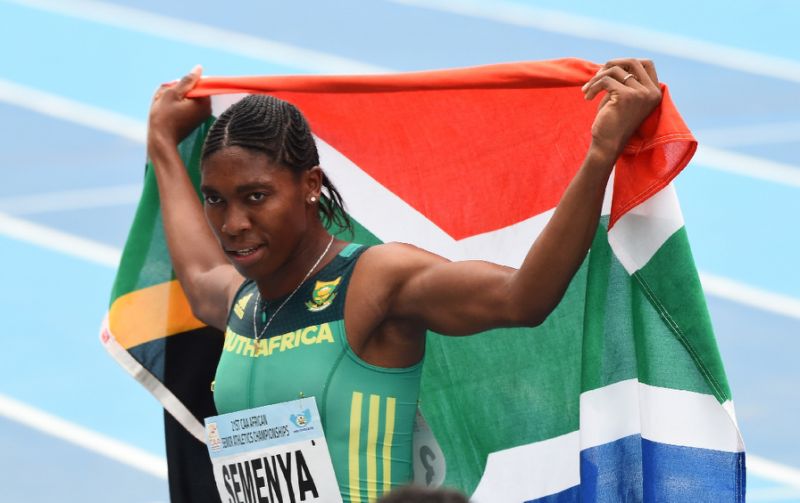 Caster Semenya is a two-time Olympic champion
Spread This News

South African 800m Olympic champion Caster Semenya on Thursday said she was “unquestionably a woman”, after the IAAF denied reports that it would argue that she should be classified as a biological male.

Semenya, 28, issued the statement ahead of a landmark hearing at the Court of Arbitration (CAS) next week that will challenge a proposed rule by the International Athletics Federation (IAAF) aiming to restrict testosterone levels in female runners.

“Ms Semenya is unquestionably a woman. She is a heroine and an inspiration to many around the world,” her lawyers said in a statement.

“She asks that she be respected and treated as any other athlete.”

The rules would force so-called “hyperandrogenic” athletes or those with “differences of sexual development” (DSD) to keep testosterone levels below a prescribed amount.

The rules were to have been instituted in November 2018 but have been put on ice pending next week’s hearings.

“She looks forward to responding to the IAAF at the upcoming CAS hearing,” Semenya’s legal team said, adding that “her genetic gift should be celebrated, not discriminated against”.

As well as Semenya, the silver and bronze medallists of the 800m at the Rio Olympics, Francine Niyonsaba of Burundi and Kenya’s Margaret Wambui, have also faced questions about their testosterone levels.

“The IAAF is not classifying any DSD athlete as male,” the IAAF said in a statement. “To preserve fair competition in the female category, it is necessary to require DSD athletes to reduce their testosterone down to female levels.”

A CAS spokesman confirmed to AFP on Thursday that the hearing is scheduled for next week in Lausanne from Monday to Friday with Semenya in attendance.