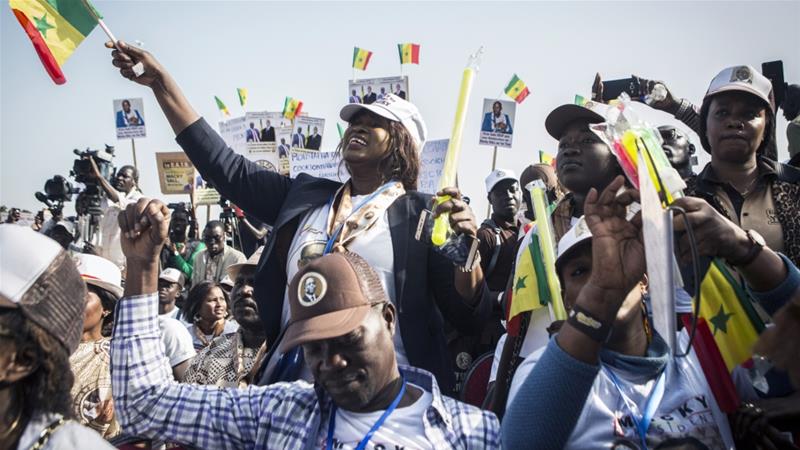 Senegal’s presidential candidates are wrapping up their election campaigns on Friday, as rights groups call on authorities to make sure the vote is held in a climate free of violence and intimidation.

More than six million Senegalese citizens have registered to take part in Sunday’s poll, the first since the West African country cut the presidential term from seven years to five in 2016.

Five candidates are in the running for the country’s top office with incumbent President Macky Sall seeking a second and final term in office.

Sall, 57, is favourite to win the poll after two of the country’s most well-known opposition leaders were barred from contesting the election.

Former mayor of the capital Dakar, Khalifa Sall – who is not related to President Sall – is serving a five-year jail term on corruption charges.

Meanwhile, Karim Wade – son of the country’s former leader Abdoulaye Wade – went into exile in Qatar in 2017 after serving half of a six-year jail term on corruption charges.

Both deny the charges, which they say are politically motivated.

Macky Sall, who took office in 2012, is expected to address his supporters late Friday at the national football stadium in Dakar.