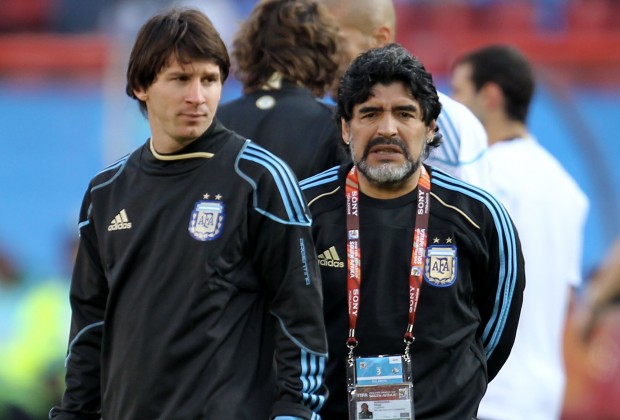 FORMER Argentina manager Carlos Bilardo believes that Lionel Messi must win a World Cup in order to be considered on Diego Maradona’s level.

Messi has come close to winning major international honours with the Albiceleste, but has fallen short in the World Cup final against Germany in 2014 and the Copa America final against Chile in 2015 and 2016.

And despite a slew of individual honours and trophies with Barcelona, the 30-year-old is still lacking when compared to one of the game’s all-time greats, according to Bilardo.

Bilardo does feel that Messi has a decent shot at lifting that elusive international trophy in Russia this summer.

“They have a good chance,” Bilardo said of Argentina.

“Messi needs to be given total freedom, with no defensive obligations.

“The team is strong and can go one better than in 2014, when we could have won.

“We were better than Germany.”

Argentina face Iceland, Nigeria and Croatia in group play in Russia this summer.