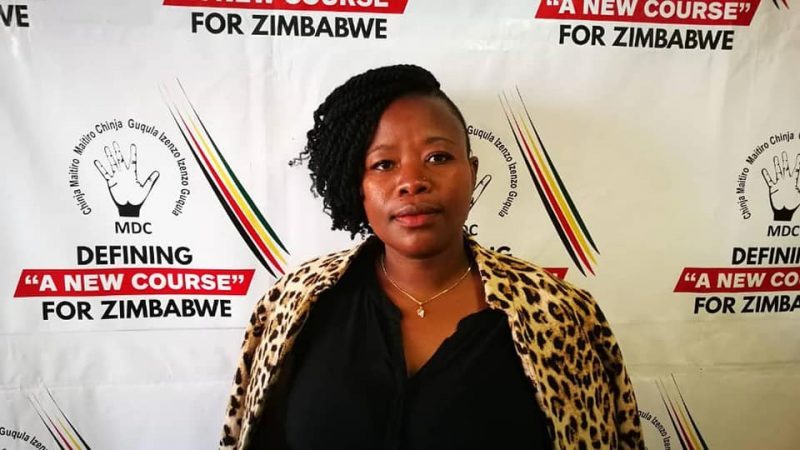 MDC’s Secretary for International Relations, Gladys Hlatshwayo was this week evicted from a house she was renting in Avonlea, Harare for repeatedly delaying to pay rent.

However, her former landlady, Memory Matiyenga is unhappy that Hlatshwayo took with her keys for the house.

The new tenants failed to move in as they have no keys and a Messenger of Court had to be called in to break the locks, Matiyenga claimed.

Matiyenga confirmed she served Hlatshwayo with an eviction notice this week, but the politician did not move out until the day the Messenger of Court was set to evict her.

The house owner said the problem she had with Hlatshwayo was in delaying in paying rentals every month. According to the lease agreement, Hlatshwayo was supposed to pay rent the first day of every month but she remained defiant and only paid three weeks after the beginning of the month. The land lady then decided to take the legal route.

Matiyenga said this week Hlatshwayo had moved out during the night and the landlady was shocked when the evicted tenant took with her house keys and efforts to track her were unsuccessful.

“I really do not know why Hlatshwayo did this. I respected her but the way she has treated me is bad. I am a widow and I survive on the rentals,” she said.

Matiyenga added: “I gave her three months’ notice because our relationship was no longer the same. The three months lapsed and she remained defiant. I have tried to talk to her superiors but it yielded nothing.”

However, when contacted for comment, Hlatshwayo accused Matiyenga of having a “hidden agenda”.

Matiyenga said Hlatshwayo was paying $2000 a month but had still to pay her rent for January.

“She was paying $2000 and she went without paying January rentals, she went on to drop the keys at my brother’s house 3:10pm on Wednesday, hours after we had broken into the house,” said Matiyenga.