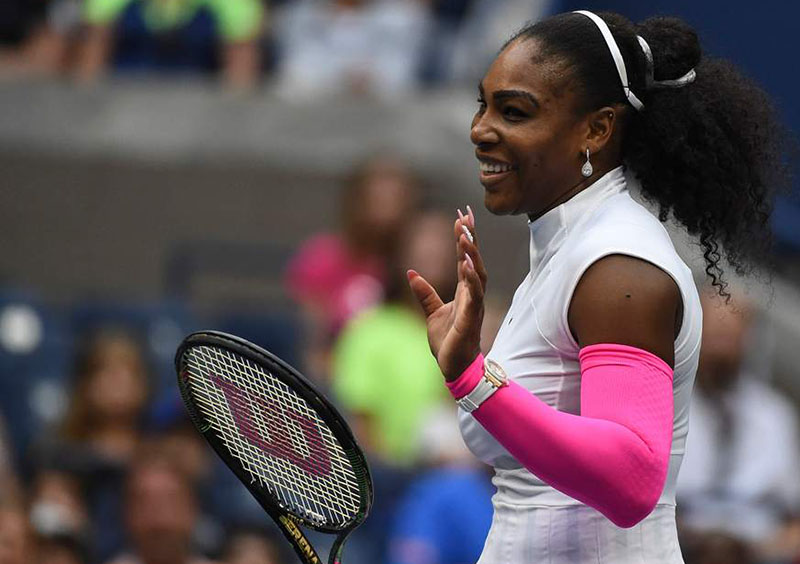 Serena Williams is inarguably one of today’s most exciting tennis players to watch — not solely because of the energy she brings to her matches, but also because she, as of late, has eschewed traditional tennis outfits for everything from tutus to catsuits.

Half the fun of the outfit was the reveal. When Williams walked onto the court for her match against Tatjana Maria, she had on a short black trench-coat — what was seen as an ill-suited choice in the sweltering temperature, which soared to a miserable 100 degrees Fahrenheit.

But after her warm-up, Williams finally took off her coat to display her skin-tight leotard, which Metro reports she helped design with Nike, and fishnets — and the crowd reportedly went wild.

People on Twitter also praised Williams’s look, in which she would go on to easily dominate Maria, 6-0, 6-2. “Serena is giving me life with this #AustralianOpen2019,” one fan tweeted; “Serena’s outfit banging,” wrote another, with fire emojis.

Following the match, Williams opened up about the Nike leotard, which they had designed “really far in advance.”

In the off-season, Williams said she’s been working “really, really hard … to be incredibly fit and incredibly ready,” adding that, with this look, Nike wanted “to make an incredibly strong, powerful statement for mums that are trying to get back and get fit.”

When asked if she had a name for her new look, she jokingly replied, the “Serena-tard.”

Per the New York Times, Williams wore a similar “Serena-tard” in 2002, a year in which she had victories in the French Open, Wimbledon, and U.S. Open. If that’s the case, perhaps Williams should consider wearing the romper a few other times this season, just for a little luck. Plus, it looks good as hell — that’s a winning combination.