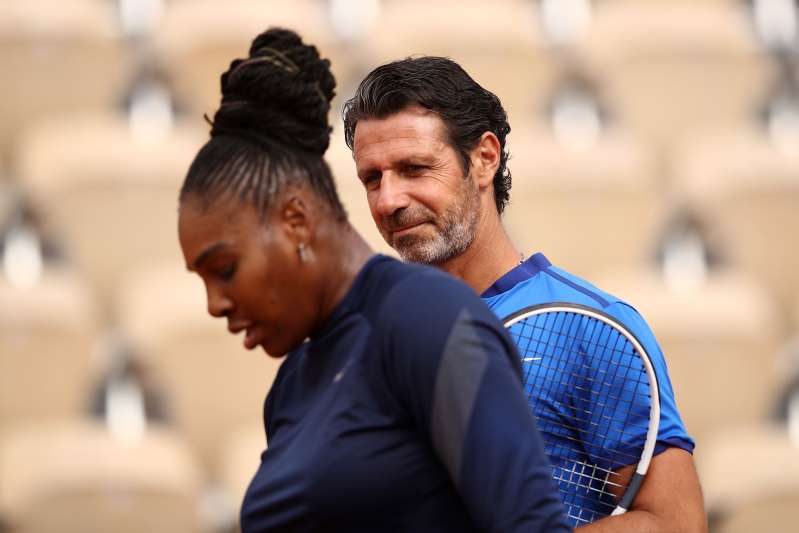 Serena Williams’ coach says in-match coaching should be allowed in tennis to help the sport’s popularity.

Patrick Mouratoglou, who admitted he used banned hand signals to try to help Williams during her loss in the U.S. Open final, wrote Thursday in a posting on Twitter that making coaching part of the spectacle would let “viewers enjoy it as a show” and “ensure that it remains pivotal in the sport.”

Mouratoglou also pointed to what he called a “hypocrisy” — players currently are getting coached at tournaments that ban coaching.

And he pointed out that all sorts of individual sports — boxing, golf, cycling — permit athletes to consult someone during competition.

“I have never understood why tennis is just about the only sport in which coaching during matches is not allowed,” Mouratoglou wrote.

Quite a bit of debate about the topic of on-court coaching was sparked when chair umpire Carlos Ramos gave Williams a code violation after Mouratoglou gestured in her direction early in the second set of Naomi Osaka’s 6-2, 6-4 victory over the American for the title at Flushing Meadows last month.

A few games later, Williams received another warning, this time for smashing her racket, and that second violation automatically cost her a point. Eventually, Williams called Ramos “a thief,” drawing a third violation, this one for “verbal abuse,” which cost her a game. Williams was fined a total of $17,000 the next day, including $4,000 for coaching, which is not allowed in Grand Slam matches.

The WTA does allow coaching during women’s matches at other tournaments. The tour’s CEO, Steve Simon, said in the aftermath of the U.S. Open final that it “should be allowed across the sport.”

The sport’s various governing bodies and Grand Slam tournaments have been looking at the issue, with some sounding more willing than others to consider permitting coaching. Wimbledon, for example, has made clear that it is “fundamentally opposed to any form of coaching during a match.”

Banning coaching, Mouratoglou wrote Thursday, “almost makes it look as if it had to be hidden, or as if it was shameful.”

He called the issue “symptomatic of the confrontation between two ways of thinking: The conservative, traditionalist way and the modern, progressive way.”
Besides, Mouratoglou said, “It is a very basic truth that the vast majority of tennis coaches are actually coaching on court, despite the rules. Look at how many times players look towards their boxes during a match. Some do it after every single point.”

Those who argue against in-match coaching — and believe rules against it should be enforced more rigidly — say that lessens the individual, go-it-alone nature of tennis.

Mouratoglou thinks part of the appeal of allowing coaching is that it would help get viewers “emotionally involved.”

“You want spectators and TV viewers to have opinions about the players — and the coaches — and to know who they like and don’t like. Watching the interactions between players and coaches is a very good way of achieving this,” he wrote.

Mouratoglou added: “Moreover, emotions run high when coaches talk to their players during matches. Sometimes the players don’t like to hear what their coaches are saying, but this all adds to the drama, which creates engagement on social media.”