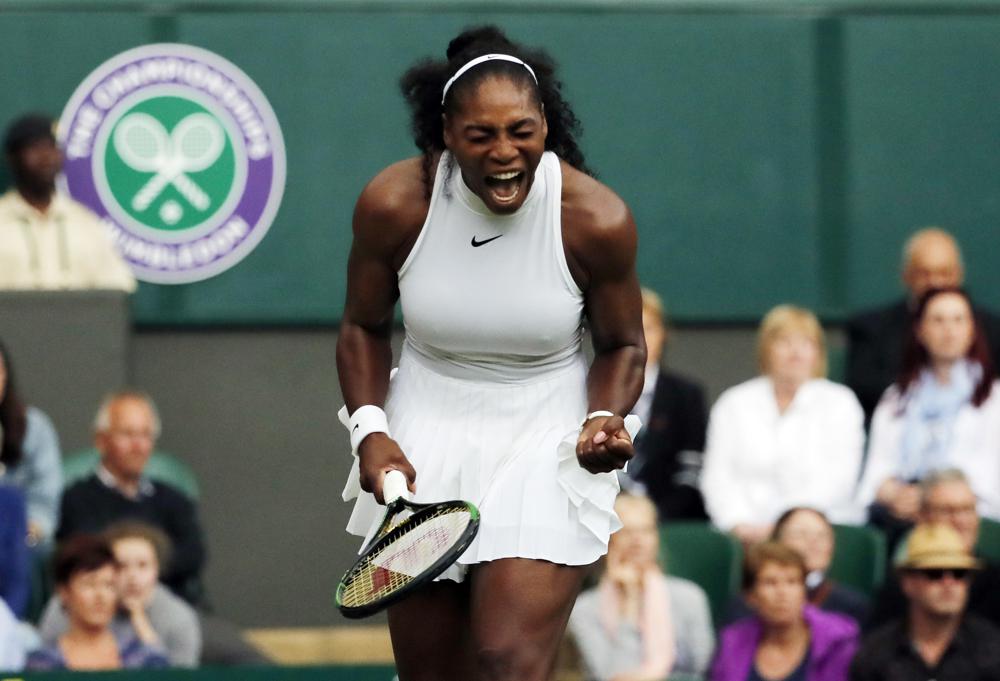 A couple of days before Serena Williams claimed the 22nd of her 23 Grand Slam singles titles at Wimbledon in 2016, she was asked what she makes of it when people refer to her as one of history’s greatest female athletes.

Her reply: She prefers being characterized as “one of the greatest athletes of all time.”

That one, brief response from Williams said quite a lot — about her one-of-a-kind talent with a racket in hand, about her status as an icon, about her willingness to stand up for herself, about why women’s sports should not be thought of any differently than men’s sports.

That all came to mind again Tuesday, when Williams indicated she is preparing to walk away from her professional tennis career as the start of the U.S. Open approaches on Aug. 29 and her 41st birthday next month nears.

Yes, with shouts of “Come on!” marking the journey, she’s won the most major singles championships in the professional era of tennis, which began in 1968; more than the 22 for Steffi Graf or Rafael Nadal, more than the 21 for Novak Djokovic, more than the 20 for Roger Federer, more than the 18 for Chris Evert or Martina Navratilova, more than anyone else.

And, yes, Williams won a total of 73 tour-level singles titles and spent more than six years’ worth of weeks ranked No. 1. And she combined with older sister Venus to claim 14 Grand Slam women’s doubles titles. And then there are the four Olympic gold medals. And so on. And so on.

Still, mere numbers can’t capture everything Williams has represented during a distinguished career that began when she was a teenager in the 1990s and is remarkable for not just the successes but also the longevity, including a record 10 major championships after turning 30.

“She’s lasted longer than most, if not all, female tennis pros. She’s transcended tennis and become a leader on many important cultural, social and gender issues. She has lived an extraordinary life,” Evert wrote in a text message to The Associated Press, “and will undoubtedly continue to crash the glass ceiling in the future.”

Indeed, what Williams did without a racket in her hand is rather noteworthy, and extends past the millions in endorsement deals; the flirtations with acting; the interest in fashion design and penchant for bringing the catwalk to the court with body suits and knee-high boots and whatever else she decided to try; the celebrity and place in pop culture; and, most recently, the work as a venture capitalist (“Seventy-eight% of our portfolio happens to be companies started by women and people of color, because that’s who we are,” Williams said).

“It is important to take a step back and think about everything that Serena has brought to our sport and what she has accomplished both on and off the court,” said Steve Simon, the head of the WTA women’s tennis tour. “She is one of the greatest champions, an entrepreneur, a mother, an investor in women’s business ventures and an inspiration to women and girls across the world.”

Williams spoke out about being Black in her sport — she was the first to win a Grand Slam tournament since Althea Gibson in the 1950s — and in her country. She stayed away from a tournament in California for years after she and her father heard racist taunts there. She talked about being a woman in tennis, about being a woman who dealt with complications in childbirth, about being a mother (her daughter, Olympia, turns 5 on Sept. 1, and Williams wants to have another baby).

She and Venus helped their sport reach a broader audience and helped bring a broader slice of society into their sport (Coco Gauff, the 18-year-old African-American who was the runner-up at the French Open in May, said Tuesday she plays what she called “a predominantly white sport” because she “saw somebody who looked like me dominating the game”).

“I don’t particularly like to think about my legacy. I get asked about it a lot, and I never know exactly what to say,” Williams wrote in an essay released by Vogue magazine. “But I’d like to think that thanks to opportunities afforded to me, women athletes feel that they can be themselves on the court.