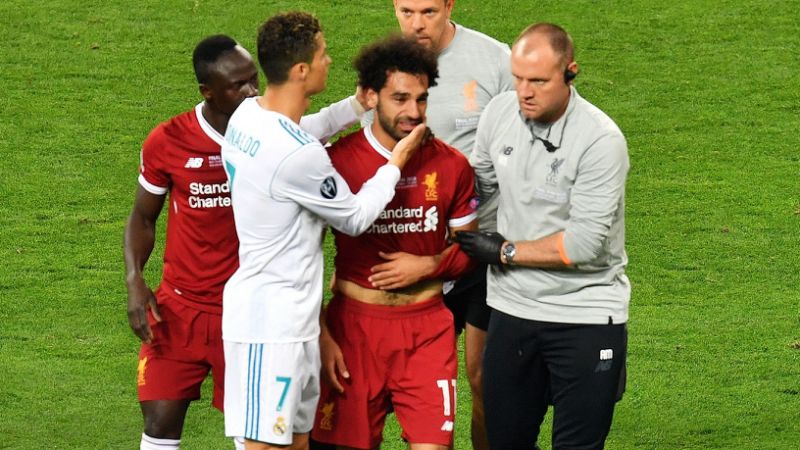 AN Egyptian lawyer has filed a €1 billion lawsuit against Sergio Ramos for the challenge which injured Mohamed Salah in the Champions League final.

Salah was forced off in tears with a suspected ligament damage of his shoulder, which ended Liverpool’s early dominance in Kiev as Real Madrid went on to win 3-1.

Initial fears had Salah ruled out of the World Cup – Jurgen Klopp said post-match that is was likely he will miss the tournament – but the player is now “confident” of taking part.

Lawyer Bassem Wahba is keen to press ahead with the lawsuit, confirming his intention on Egyptian television.

“Ramos intentionally injured Mo Salah and should be punished about his actions,” he claimed on the Sada El-Balad channel.

“I’ve filed a lawsuit and a complaint to Fifa.

“I’ll ask for compensation, which could exceed €1 billion (£873 million), for the physical and psychological harm that Ramos gave Salah and the Egyptian people.”