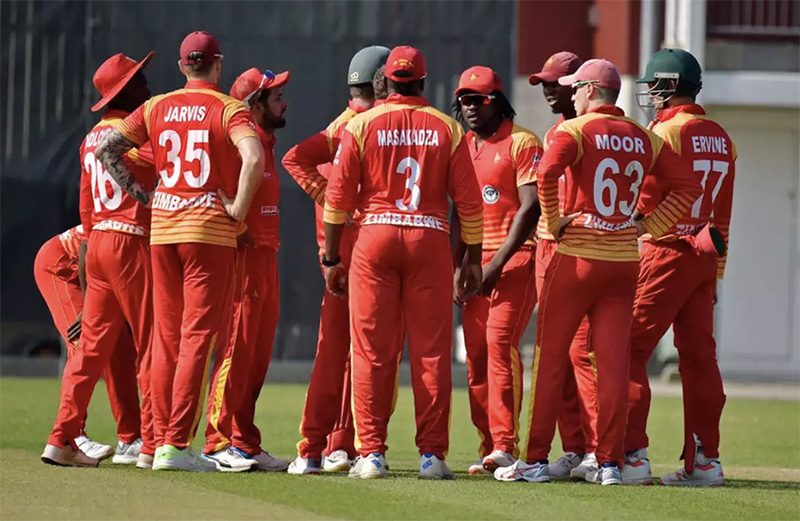 NEPAL National cricket coach Pubudu Dassanayake on Friday said that it was a great opportunity for his side to play against Zimbabwe ‘A’ in One-day and Twenty-20 series at home ground before taking on the USA at the World Cup Cricket League 2 scheduled to take place from June 6 to 16.

Nepal are scheduled to play three 50-over and Twenty-20 matches each against the second-tier international team of Zimbabwe. The 50-over format will kick off on Saturday at the TU cricket ground. The second and third match will be played on Monday and Wednesday. The T20s will be played on May 6, 7 and 9.

“The series is a great opportunity for Nepal to prepare for League 2 matches against USA and Oman. We wanted to play quality matches against strong side and test our youngsters and the team,” said Pubudu at a press conference. “We have a busy schedule for the next 10 months and we are yet to play 24 ODIs of the League 2.”

Speaking at the conference, captain Sandip Lamichhane said that Nepal have a balanced side and the tournament would be an ideal preparation for his side before the USA Series. “We have tried a few new things before the PNG and Malaysia game, in the recently-concluded bilateral ODIs against PNG and Triangular T20I series, and that worked. And it is a great opportunity for us to play against Zimbabwe.”

The Zimbabwe ‘A’ side comprises young players who have also featured in the national team in all three formats of the game. It is the Zimbabwe side’s first tour to Nepal.

Zimbabwe ‘A’ coach Douglas Hondo, who is also a former ODI and Test player for the team, said that he had arrived in Nepal as a young man and at an exciting period of time. “Many players of the team are vying to secure a place for the national side,” he said, speaking at the conference. “We have a lot of new and young players in the squad. Hopefully it will be a challenging series. He tagged Nepal as tough opponents and said that they arrived here hoping for a good fight.

Zimbabwe captain and all-rounder Tony Munyonga said that his side have watched Nepal’s recent matches and are ready to face Nepal.

Sunil Dhamala has made a comeback to the national squad for the first time after 2017. He last played for Nepal during 2017 ACC Emerging Asia Cup. Kishor Mahato is another uncapped player in the squad.