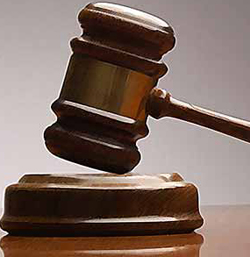 A HARARE man accused of raping a co-tenant’s wife has escaped jail after being was convicted of a lesser charge as it emerged the two were lovers.
Magistrate Hosea Mujaya earlier this week convicted Nkosilathi Sibanda of indecent assault, quashing the initial rape charge.
This was after the court established that Sibanda and the complainant were having an affair.
Sibanda was convicted of indecent assault after he admitted kissing and fondling the complainant.
The court sentenced him to two months imprisonment with an option to pay $300 fine.
A further three months were wholly suspended on condition he does not commit the similar offence in five years.
Magistrate Mujaya said the woman fabricated rape charges against Sibanda to save her marriage after she almost got caught committing adultery.
The court also concluded that the complainant prompted the assault after telling her attacker that she “was horny”.
Sibanda made headlines late last year after it was claimed he crept into his co-tenant’s bedroom at night, taking advantage of the dark and the absence of the complainant’s husband to rape her.
Prosecutors alleged that the woman fell for his tactics thinking that it was her husband and responded by kissing and caressing him for about eight minutes before they got intimate.
The victim said Sibanda’s penis felt different from her husband’s which made her realise that she was being intimate with an imposter.
Again, although the complainant could feel the weight and scent was different, she ignored that as she was expecting her husband to be home at the same time the assailant entered the room.Advertisement