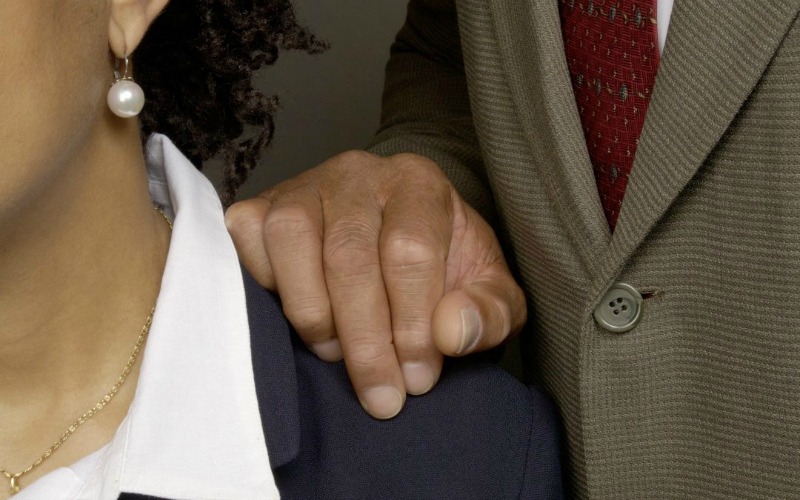 The campaign in Hungary for Sunday’s nationwide municipal elections has seen one outrageous event after another: Candidates have been caught on secret sex tapes or alleged to be using drugs; one opposition candidate’s poster has been smeared with feces and a pro-government activist provoked another opposition candidate with a phallic sex toy.

“We’re in the middle of a singularly dirty campaign,” Gergely Gulyas, Prime Minister Viktor Orban’s chief of staff, said at a government news conference this week, calling the release of the sex videos “the low point of Hungarian political life.”

Gulyas was asked so many questions about a secret video of Zsolt Borkai, a former Olympic champion gymnast shown having sex on a yacht with alleged prostitutes, that he said he feared that the televised press event would have to be labeled as unsuitable for minors.

Borkai is running for re-election as mayor of the northwestern city of Gyor, representing Orban’s right-wing Fidesz party. Another leaked sex video featured an opposition politician, Tamas Wittinghoff, the mayor of a town near Budapest.

Both men said they had apologized to their families but had no plans to abandon their candidacies.

While such campaign events may be more common in Western democracies, they are just now infiltrating Hungary’s political arena, attracting the interest of voters in a way that the country’s frequent corruption scandals no longer do.

“Drugs or sex are elements which grab the attention even of those who don’t follow politics closely,” said Andrea Virag, strategic director at Republikon Institute, a Budapest-based liberal think-tank. “It’s new that the private life of politicians has been mixed into the campaign.”

Hungarians will be choosing over 3,100 mayors and 16,000 councilors nationwide in Sunday’s vote, which is expected to have serious consequences ahead of a parliamentary election in 2022.

“This is the dress rehearsal of opposition cooperation,” Virag said. “It will be a good test to see to what extent the different opposition voter bases can be unified behind a single joint candidate.”

Similarly to Turkey and Poland, where in the past year opposition candidates have been elected as mayors of the capital cities, a victory in Budapest for Gergely Karacsony, who has the support of five left-wing, liberal or Green parties, could be a first step in the opposition’s efforts to break the dominance of Orban and Fidesz, who have easily swept parliamentary, municipal and European Parliament elections since 2010.

“Winning Budapest … would make a great difference in the state of mind and the motivation of both the opposition politicians and the opposition voters,” Virag said.

Karacsony, who has been mayor of Budapest’s Zuglo district since 2014, wants to tax luxury real estate and use the proceeds to alleviate the capital’s housing shortage. He is also proposing measures to cut down on tourist overcrowding and says he will gradually make Budapest’s vast public transportation network free of charge.

Opposition victories would be “the first serious check on power” for a government “that centralizes not just politics but the economy and the media,” said Karacsony, who according to several polls is in a statistical dead heat with incumbent Istvan Tarlos.

Nominally an independent but running as the Fidesz candidate, Tarlos has promised, with Orban’s backing, to continue Budapest’s infrastructure development, including the renovation of the capital’s iconic Chain Bridge and the installation of air conditioning on the M3, the city’s longest subway line.

Usually unruffled, Tarlos recently confronted an opposition politician who tried to troll one of his press events, yelling into a megaphone he held just inches from the other man’s face, calling him a “wretched figure.”

“This campaign has been about everything except the mayor’s competencies and achievements,” Tarlos said on state television.