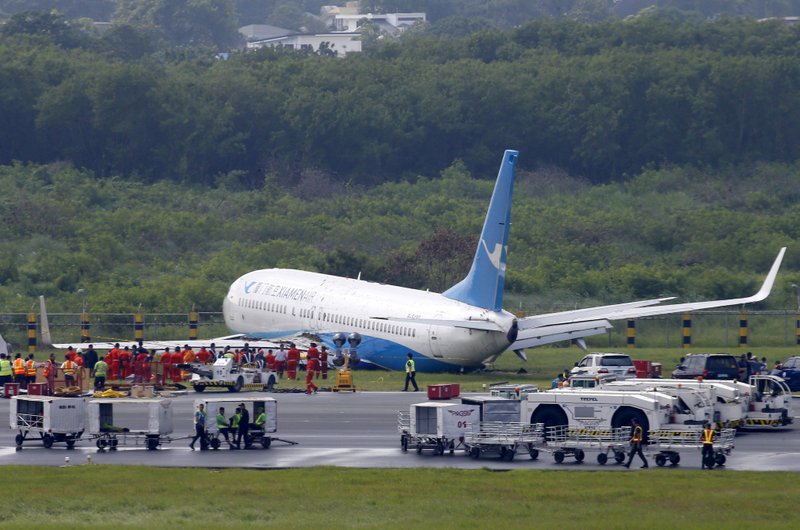 Immaculate-looking flight attendants who appear unruffled by the demands of a life spent in the air are part of the slick image sold by carriers – but Hong Kong-based workers are increasingly hitting back against sexual harassment.

Female cabin crew told AFP of how they had been harassed not only by passengers but also by colleagues.

While they say carriers have made some steps in the right direction, they argue airlines still lag far behind in the #MeToo era.

Venus Fung, whose experiences drove her to join and lead the Cabin Attendants Union of Hong Kong, says airlines must teach workers on how to deal with harassment.

Fung, 29, said the issue was never raised in her company training.

The Hong Kong-based attendant told AFP she had been physically picked up by a pilot who touched her chest, waist and bottom, commenting she had a nice body, when she was new to the job more than two years ago.

“At that moment I was really angry, but I was mostly also panicking and afraid. My mind went completely blank — I had no idea what to do or how to react,” said Fung, who works for a European airline which she did not want to identify for fear of recrimination.

The cabin manager who witnessed the incident did not intervene, Fung added, instead threatening to report her for wearing a skirt that was “too tight”.

As a result Fung stopped wearing skirts at work for more than a year, opting for trousers instead.

She has since been training colleagues on how to report sexual harassment and seek help, but said long-term cultural changes are needed.

“When a flight attendant comes out it looks very fancy with the uniform, heels and makeup. There are fantasies around this industry and it’s hard to change public perception but it absolutely cannot be an excuse for bad behaviour,” Fung said, calling for an awareness-raising campaign.

“Education is key to changing people’s attitudes. It’s difficult to carry out overnight, it takes time, but that doesn’t mean we shouldn’t do these things.”

The airline did not respond to requests by AFP for comment.

The complaints from attendants like Fung come as demands for change grow worldwide.

The US-based Association of Flight Attendants last year called on American airlines to “renounce the past objectification of flight attendants”.

Vietnamese budget carrier VietJet, which has staffed some of its inaugural flights with bikini-clad attendants and publishes a calendar featuring scantily-dressed models posing on planes, has sparked criticism for its marketing ploys.

Owned by Vietnam’s only female billionaire, the airline had to apologise for sending lingerie models to join the country’s under-23 football squad on a flight home in January after a social media outcry.

Some airline staff in Hong Kong told AFP the perceived glamour attracted many women to the job – there are popular makeup tutorials on YouTube by flight attendants from Dubai-based airline Emirates on how to achieve their look.

But others say some of the industry’s grooming standards are outdated.