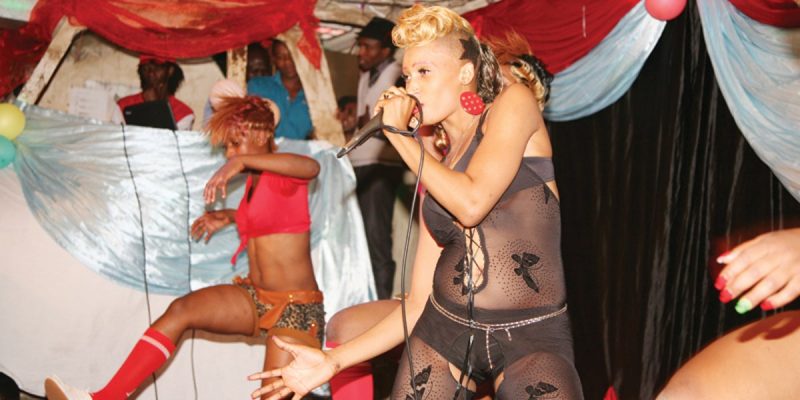 Finer details on the couple’s relationship and wedding details had not been established at the time of publishing.
But sources in the entertainment circles hint that the newly wed husband is based in the United Kingdom.

However, the bottle-stunt artiste who is known as Bev in the entertainment circles has made several headlines in the local media which have drawn controversy.

In 2017, Bev who was two months pregnant claimed that the pregnancy belonged to local musician Andy Muridzo.

However, Muridzo denied the claims although he admitted having an affair with her in 2016.

In 2014, popular Prophet Walter Magaya offered Bev a new lease of life after encouraging her to turn to Jesus Christ and repent. Magaya also gave her capital to start a business.

Bev soon abandoned her new life and went back to her raunchy dancing business.

Born Junior Lizzy Zinhu in Chitungwiza on 3 April 1991, Bev is the last born in a family of 10.