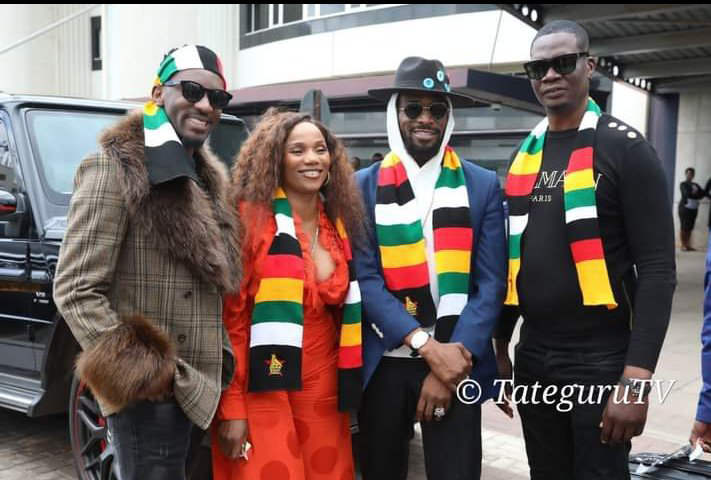 D’Banj did not waste time, heaping praises on Mnangagwa a few minutes after stepping on Zimbabwean soil for the second time since 2013 when he performed at Glamis Arena in Harare.

Much like Rhumba icon Kofi Olomide, D’Banj will feature Java’s blue-eyed boy Rockford ‘Roki’ Josphat in a yet to be publicised project according to sources. Olomide and Roki produced Patati Patata which contained praise lyrics for Mnangagwa.

D’Banj landed at Robert Mugabe International airport in Harare Tuesday where he was welcomed by Mnagagwa’s close allies Mike Chimombe and Java.

“We are doing a feature, Nigeria-Zimbabwe music, you know how big Afrobeat and African music is right now, I always tell people that collaboration is the new competition, so there is no need for us to be alone, that is why right now,” D’Banj said.

It’s called Showbiz. Don’t catch feelings. Some commentators loathe you, some love but both are good for you.#EDNumber1 pic.twitter.com/Km1SBq84ge

A rattled Java took to social media after Winky D and former colleague Enzoh Ishall’s release of Shaker to convince followers that he had not gone broke and was not the one being referred to.

D’Banj jets in a month after being arrested for fraud involving millions of US dollars meant to help unemployed youths start businesses.