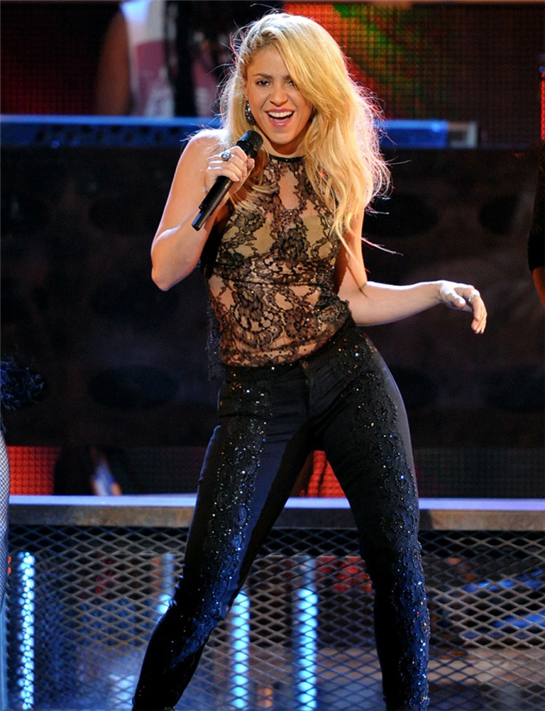 A CASE in which pop star Shakira’s 2010 hit single “Loca” was found to be an illegal copy of a Dominican songwriter’s work came crashing down Monday when a U.S. judge said the songwriter had lied to the court and the cassette tape on which his claims were based is a fake.
“[T]here was a basic issue of fraud in the trial,” said U.S. District Judge Alvin Hellerstein in Manhattan, dismissing the copyright infringement case against Sony/ATV Latin and Sony/ATV Discos.
Last August, Hellerstein ruled that Shakira’s Spanish-language chart topper, and another song by a Dominican rapper known as El Cata, illegally ripped off a recording by Ramon Arias Vasquez called “Loca con su Tiguere.”
The judge found the Sony units liable for distributing the infringing songs.
Shakira reached the top of the Latin Billboard charts with “Loca,” reportedly selling more than five million copies worldwide.
New York-based Mayimba Music, which owns the rights to Arias’ work, sued Sony in 2012.
On Monday, Hellerstein said new Sony evidence offered “competent and substantial proof” that the cassette on which Arias allegedly recorded the song, which had been used to register a U.S. copyright, was not made in 1998 as claimed. As a result, he said, the copyright is invalid.
A representative for Mayimba declined to comment on Monday’s ruling. It’s not known if the company will appeal.
Sony’s attorney Barry Slotnick said after the ruling, “we’re very pleased and gratified on behalf of Sony and the real writers, El Cata and Shakira.”
Hellerstein had been set to rule on damages when Sony brought its 11th-hour evidence to the court.
On Monday, the judge said he had lost faith in Arias’ testimony.
He noted the photo on the cassette’s cover depicts an adult man named Jhoan Gonzalez. Gonzalez was born in 1989, and would have been only 9 years old if the tape was made, as claimed, in 1998.
Hellerstein also said other songs on the tape belonged to a Dominican band and were written in 2008 and 2009. He said Arias’ song must have been created at the same time.
Mayimba’s attorney James Sheinbaum had earlier suggested the other songs could have been put on the cassette after 1998 possibly by someone other than Arias.
Shakira – Loca (Live From Paris)