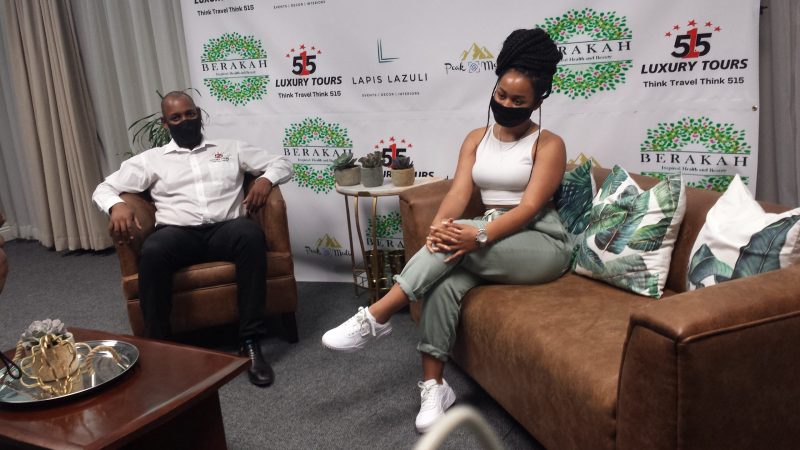 ShaSha during the media briefing in Mutare
Spread This News

Addressing journalists in Mutare during a homecoming press conference, ShaSha whose real name is Charmaine Mapimbiro labelled herself as a diverse artiste and warmed up to the idea of doing more local projects with musicians in Zimbabwe.

“Working with Hillzy was really fun and different from the type of music which I have been making for a while which is Amapiano. Without giving out names, I am currently in the process of engaging various local artistes. Very soon, you will hear the music,” she said.

“They are a lot of talented artistes here in Zimbabwe and the quality of music is good too and I look forward to engaging some who I feel I can mesh well with.”

ShaSha also listed the late music supremo Oliver Mtukudzi as having had an indirect, yet positive role in her artistic growth and development.

She also mentioned Australian songwriter Sia and British pop star Ed Sheeran as having had a remarkable effect on how she views music.

“Tuku is one of my all-time favourite artiste. His music was a fundamental part of my childhood and as my appreciation for music was greatly aided by listening to how he crafted his art,” she said.

The 26-year-old singer’s journey in the music industry can only be described as a “meteoric rise.”  With only a three-year of experience on her artistic résumé, ShaSha has a lot to brag about.

In 2020, she scooped the coveted Best International Act award at the Black Entertainment (BET) Awards.

She recently dropped a gem with talented crooner Hillzy and barely five days, the song video has eclipsed 140 000 views.

At the time of going to press, the song was third on trending items on YouTube.