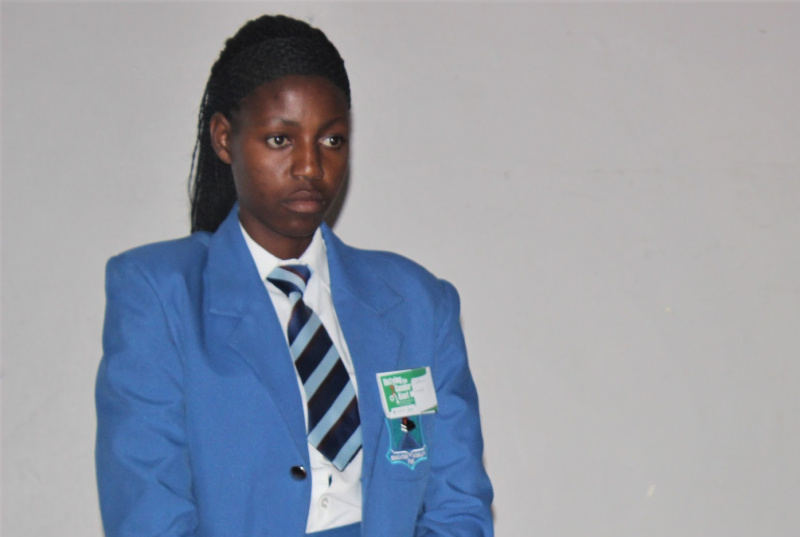 “I had twins when I was 17 years old and I had to stay at home and nurse the babies for a year before I went back to school,” says Cathrine James.

Now 20, the young mother narrates how she has braved societal condemnation and stigmatisation and tried to become an inspiration to young girls who fall pregnant during their young lives.

“I had to repeat Form 3 while attending night school and I passed,” she says.

“I didn’t want to go back to a formal school because of fear and discrimination but I was encouraged by my History teacher, Mr Patsikamambo.

“I found myself in a difficult situation because I had to learn with pupils who were younger than me.”

Added the young mother, “The society was calling me names; that I was bad influence to their young children, but I got counselled by my headmistress Mrs Geza. I thank her so much and I love you mum.

“She was able re-integrate me into formal school again. But the honest truth is, at first it was really hard for me because the discrimination and gossip within the school and the community that I faced.”

James prefers to speak less about the circumstances behind her pregnancy and the 21-year-old (then) man who got her pregnant.

She is getting assistance from her parents in fending for her children.

Outside family and school setup, James has been lucky to receive moral support and encouragement from a local group, Gender Based Violence Transformation (YGBT) sponsored by SAfAIDS.

“I also became a member of YGBT at our school. This club really helped me to get self-confidence to really believe in myself,” said James, who wishes to become a lawyer one day.

“To all the teen mothers out there, I can say you still have a chance to go back to school and start all over again.

“So, getting the girl child back to school is really important.”