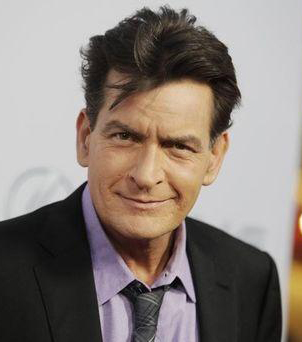 CHARLIE harlie Sheen may have freed himself from blackmail by publicly disclosing he is HIV positive, but the hard-partying actor may have opened the door to even more legal troubles.
Sheen, 50, said on Tuesday it was “impossible” that he had infected anyone with the virus in the four years since his diagnosis, and that he had been honest with sex partners about his status.
Legal experts say California, where Sheen lives, sets a high bar to prove criminal conduct resulting from exposing others to HIV, yet the actor seemed braced for an onslaught.
“Are you expecting by talking about this to face a barrage of lawsuits?,” NBC television’s Matt Lauer asked the former “Two and A Half Men” star.
“I’m sure that’s next,” Sheen replied on the “Today” show.
Separately, Bree Olson, a former porn star, said on Tuesday that Sheen had concealed his HIV status during their year together around the time he was likely diagnosed. Sheen’s representatives declined to comment.
Olson said she had not yet thought about any possible recourse against Sheen.
Los Angeles police and county prosecutors said they were not aware of any criminal cases regarding Sheen’s sexual activity while HIV positive.
Scott Burris, professor of law and public health at Temple University, said there is however “no question that he (Sheen)could face a number of civil lawsuits, and he could lose any one of those suits.”
Under California’s criminal statute, a person who knowingly exposes another to HIV through unprotected sex must be proved to have had a deliberate intent to infect them.
“This is a state where you have to be trying to hurt somebody. Merely having sex without disclosure is not a crime under this law,” Burris told Reuters.
Criminal prosecutions in California are therefore extremely rare. But civil cases can be brought on a range of grounds, including alleged negligence, emotional distress or sexual battery.
Still, the outcome can be uncertain, especially given reduced stigma around HIV and the fact it can now be contained with medical treatment.
“If it was a case where someone was well known to have a rich sex life, there would be an argument that (the plaintiff) too was negligent in not insisting upon protection, or that they had assumed the risk of contracting a sexually transmitted disease,” said Burris, who is not involved in Sheen’s affairs.Advertisement

Sheen on Tuesday acknowledged he had paid “upwards of $10 million” in recent years to “desperate charlatans” for their silence about his condition, but that he would no longer do so.
“I think I released myself from this prison today,” he told Lauer.
It was unclear whether the actor would bring any legal action against those he said had blackmailed him, and his attorney did not respond to questions on the issue.