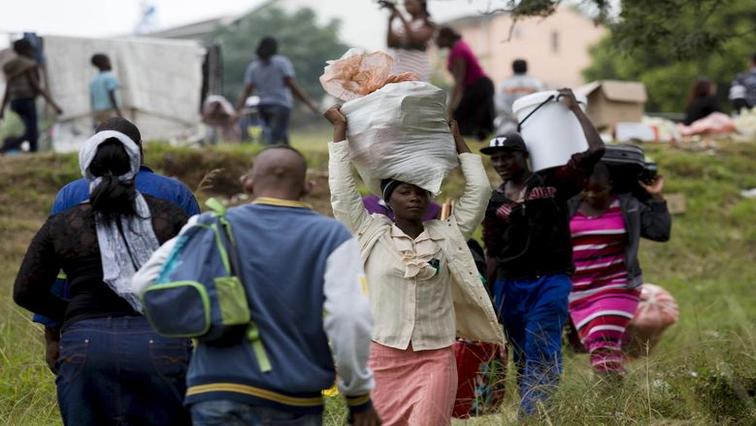 Shelters for displaced foreign nationals in and around Musina, Limpopo, say they are overwhelmed with requests to take in stranded Zimbabweans.

The Beitbridge Border Post has experienced heavy congestion as thousands of travellers return to South Africa after the festive season, with COVID-19 regulations causing further delays.

Many crossing illegally and can’t return to Zimbabwe in the wake of the country’s hard lockdown, are in need of shelter.

Twenty girls, who are residents of the MG Matsaung Centre located at the Uniting Reformed Church in Nancefield township in Musina, play in the churchyard. There is a similar boys-only centre several kilometres away. Most of the girls have been living at the centre since they were infants. Among them is a 16-year-old who has been a resident here for 6 years. The grade 8 learner walked into South Africa at the age of 10 from Zimbabwe with a group of other minors in search for greener pastures.

She says, back in Zimbabwe, she lived in abject poverty with her ailing mother and younger siblings.

“I don’t wish like to go to Zimbabwe, I mean I would go but then I feel at home here. I don’t miss anything. Like since I was a child all I wanted was to go to school but then here I’m going to school, I have nothing to worry about,” says the learner.

The girl dreams of financial freedom and the ability to provide for her siblings as well as give back to the centre she calls home.

“When I grow up I want to be an actress and when I will be an actress, my first earnings I will donate it here to other children because I know that other children the same age as me will be here too so I want to donate them something to make them feel at home like I did,” says the learner.

Jacob Matakanye from the centre says they have been flooded with requests to take in kids that have been abandoned in recent weeks, but with lack of funding, they have been turning kids back.

“We have got a lot of pressure, people request our intervention so that we can take care of kids to come and stay here, but we have got a problem that at present we have a problem with funds and we are afraid if take more children without resources. Again this will cause more problem of not being able to feed them or take care of them,” says Matakanye.

Shelters for older people have also been turning away stranded foreign nationals.