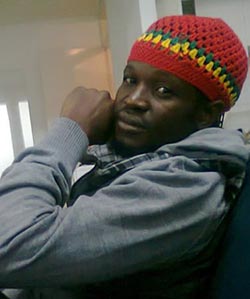 IT took six police details on Saturday to restrain former Zimbabwe soccer international Shingi Kawondera and take him to a clinic in Ruwa as he became violent and mentally unstable.
The former Warriors star, whose ex-wife married army chief General Constantine Chiwenga in 2011, is said to have hit the hard times and struggling to come to terms with his reduced circumstances.
Despite spending just over a decade playing football abroad in Cyprus and Poland, Shingi admitted he did not have a penny to his name in 2012.
Relatives said the former Darryn T and Caps United player had been “just quite for some days” and then suddenly became violent for no apparent reason on Saturday.
With the help of the police he was taken to the Ruwa clinic and, later, to pastor John Chibwe of DiVineyard Ministries in Mt Pleasant for “spiritual” assistance.
Pastor Chibwe refused to comment on the condition of the player other than saying a lot of people come with different spiritual problems.
“I believe basa ramwari does not need advertising and, for this reason, I tend not to speak to the press,” said the pastor.
Contacted for comment Kawondera’s uncle refused to take any questions.
“It happens to everyone now and then; what’s news about it? Give him time to recover and he will talk to you,” Ras Kawondera said.
The 32 year old was, at one point, ranked one of the top 20 African players after the Guinea African Youth Championships in 1999.
He spent 13 years playing professional football in Europe before returning home to live with relatives in Ruwa.
After rejoining Caps United in 2012 to try and revive his career, Shingi was reported as saying he would only be with the Harare side for six months before returning to Europe.
Shingi also claimed that he was studying for a degree in political science.Advertisement