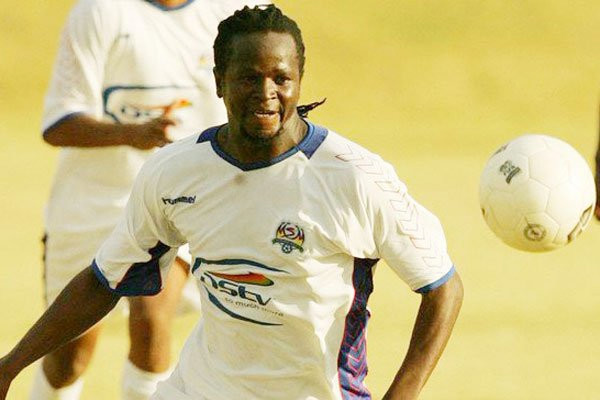 The 37-year-old Kawondera enjoyed a successful professional career in Europe playing for several clubs in Poland, Cyprus, and Turkey since he made his first breakthrough into topflight football as an 18-year-old from Chitungwiza.

Kawondera also featured prominently for the Warriors at the peak of his career, with his major highlight coming in 2006 when he represented the country at the Africa Cup of Nations finals in Egypt.

The now-retired star, however, feels instead of playing in the lower-ranked Polish and Cypriot leagues for most of his career, he could have gotten his big break into the Dutch topflight after impressing during a trial stint together with ex-Dynamos striker Elliot Matsika.

Kawondera reminisced on the missed chance in a post on his Facebook page which included a picture of him and Matsika at the Dutch club in 1998.

“The midfield maestro!! @ Elliot Matsika on that day we played the best football of our life, in 1998 at PSV Eindhoven,” Kawondera said.

“It’s a shame we never signed. I blame (Wiesław) Grabowski and his little puppets who were working at ZIFA at that time, we made the grade we stayed there for two months we signed our pre-contracts, but ZIFA never issued the international clearance certificate.

“I only realised later on that our parents’ signatures were the only stumbling block, Grabowski and his puppets at ZIFA never wanted to hear s…t like that. But I ain’t complaining I wouldn’t take or add anything to my football career I enjoyed every moment and appreciate everything.”

The Chitungwiza bred Kawondera is a beneficiary of a renowned junior football programme that churned out scores of young talent from the dormitory town under the watch of Polish mentor Grabowski.

Some names that rose to prominence from the project include those of Norman Mapeza, Lloyd Chitembwe, Edelbert Dinha, Gift Muzadzi, Stewart Murisa and Alois Bunjira.

Kawondera sterted his career with the Grabowski-owed team in 1997 before getting his break as a 17-year-old when he signed for Polish side Gornik Zabrze.

Kawondera would go on to play in Cyprus where he featured for AEP Paphos at the recommendation of former Highlanders strikers, Zenzo Moyo and Joel Lupahla who were also plying their trade in that part of Europe.

The former Warriors star also played for the Turkish club Gaziantepspor before a stint with Supersport United in the South African Premier Soccer League.

After briefly returning to Cyprus between 2007 and 2008, Kawondera ended his career at Harare giants CAPS United as his once-promising career took a nose dive.