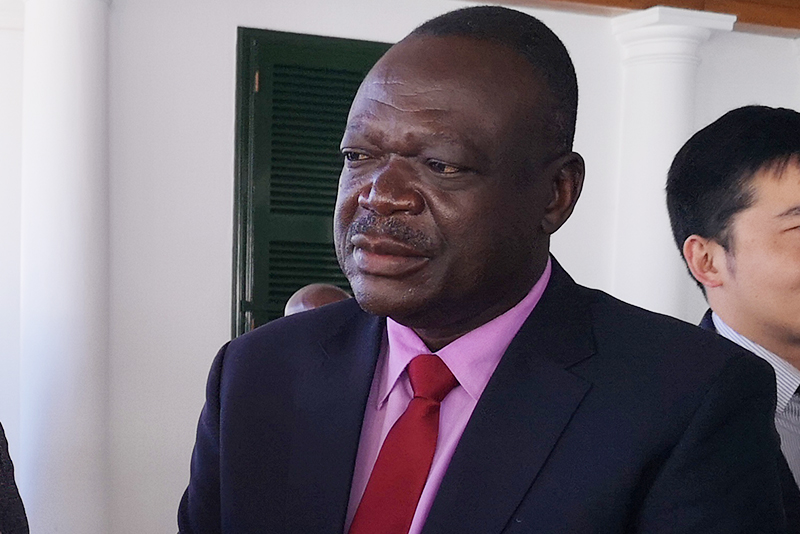 LANDS and Agriculture Minister Perence Shiri has claimed that government is not aware of any partisan distribution of agricultural inputs by Zanu PF-aligned individuals but issued what could be a half-hearted threat to deal with the culprits.

The minister, a Zanu PF top official, was responding to Senators during the ministers’ questions and answer session in the upper house on Thursday.

Asked by MDC legislators on what he had in store to end the practice, Shiri said it was not government policy to favour a section of citizens with inputs while denying the rest.

“The Ministry does not discriminate on the basis of religious or political affiliation,” Shiri said.

“I do not discount the fact that there could be one or two bad eggs doing that but if that does happen, we have district administrators, Ministers of State for Provincial Affairs as well as my Ministry officials, that once that anomaly is brought to their attention they quickly intervene and correct the anomaly.”

The ex-Air Force of Zimbabwe boss said there were several areas in the country where people have been given inputs without political bias issues raised.

“As the responsible Ministry, it is difficult to tell one’s political persuasion and more-so it is our policy that all Zimbabweans should benefit, regardless of their political affiliation,” he said.

However, Shiri left questions lingering when he was asked by Senator Theresa Makone why the government has not yet punished the “bad eggs” he cited.

“If that was done yesterday and the person is known, we have those law enforcement agents and it is important that the laws of the country are upheld so that we live harmoniously as Zimbabweans.

“Once some people have committed a crime, they must be dealt with.”

Zimbabwe’s partisan distribution of food aid and other government sourced resources is an old phenomenon allegedly started and perfected during the time of former President Robert Mugabe.

Councillors, District Administrators, civil servants and traditional leaders who were responsible for the distribution of the products were routinely accused of being on top of the practice with opposition MDC supporters targeted.

In some instances, according to monthly reports by the Zimbabwe Peace Project, aid would be distributed during Zanu PF rallies which are often no-go areas for opposition supporters.

During his Youth Interface rallies in 2017, Mugabe distributed maize, cooking oil, rice, clothes and other freebies to party followers who attended the controversial meetings.

Also, in their post-2018 election reports, local and international groups that observed the country’s elections highlighted the partisan distribution of government sourced aid during the election campaign period.