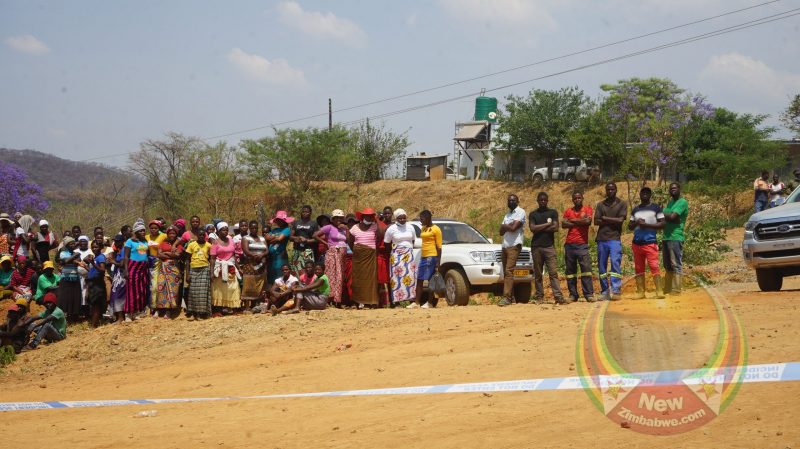 Villagers mill around SAS Mine in Mazowe South as police officers retrieve the bodies of dead mine workers. Picture by Paidashe Mandivengerei
Spread This News

VILLAGERS from around SAS Mine in Mazowe where two gas explosions claimed eight lives have expressed joy following the death of six Chinese nationals who were managers at the site.

SAS Mine is a nickel operation.

The villagers described the late Chinese managers as stubborn and very disrespectful who ill-treated locals.

Two local workers at the mine also died in two separate incidents after oxygen cylinders exploded at the mine Tuesday. Another cylinder exploded Thursday and killed the five Chinese managers and another Zimbabwean. One of the victims was burnt beyond recognition.

The government Friday sealed off the mine pending investigations.

A NewZimbabwe.com crew visited the mine Friday and was told by Mazowe South Ward 2 councillor, Tapera Tapererwa, the Chinese managers had been told to halt all operations after the first explosion that claimed the life of a worker.

However, the Chinese miners defied the advised and smuggled workers through a broken fence.

They also threatened to take unspecified action against any worker who had raised concerns over their personal safety.

NewZimbabwe.com arrived at the mine as police officers were retrieving the dismembered bodies, some with missing body parts after the explosion threw them as far as 200 metres from the blast scene.

A worker at the mine, Anyway Teru, said the Chinese managers ignored warnings and did not show any remorse over the death of the first victim Tuesday.

“The Chinese eventually accepted that there was danger at the mine after the deaths of their own,” said Teru.

“After the death of one of our own, they dismissed the matter and demanded that everyone gets back to work despite being told the situation was still dangerous.

“They should have given family and colleagues of the dead worker, time to mourn, but because he was not one of them they did not care.

“We mourn the death of our colleague, not that of the Chinese. I hope this will make them reconsider some of their decisions.”

Mazowe South MP Fortune Chasi, who was at the mine, said he had not been briefed on what had occurred.

Shift supervisor Benjamin Hove, one of the workers who declined to report for duty on the fateful day, said ten gas cylinders, delivered to the site were leaking when they were offloaded from a truck.

“We informed the managers and one of them who is now late told us to simply close the valves and offload the cylinders,” he said adding the Chinese managers do not care about the workers’ welfare.

“I indicated to them and my manager just told me to close the caps. Our employers were not doing anything to protect us. We were not even given gloves.

“They do not care about us.

“They could not even adhere to procedures after the death of one of us Wednesday. They had been told not to use these cylinders, but proceeded to use them Thursday.” 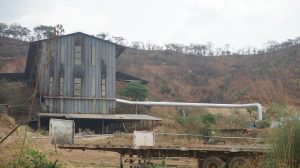 Leon Kuzani, another employee added: “The managers had been warned not to continue mining, but they proceeded to smuggle workers through a wire into the mine.

“Chanda, one of the local managers was telling the Chinese to fire anyone who did not report for duty and because of the worsening economic situation, people were reporting for duty.”

The local councillor, Tapererwa said the Chinese managers at one time hid the faulty gas cylinders from Mazowe Rural District Council officials when they visited to investigate the first explosion Wednesday.

“They are not doing anything to ensure the safety of employees. They are buying cheap products and putting workers’ lives in danger,” said Tapererwa.

“When we came, they told us they had ordered 10 cylinders, but provided three for analysis, they then proceeded to hide others which we had demanded. They did not even have a first aid kit.

“I do not dispute that they have no care, but what could be happening is also a case of miscommunication because these people do not speak Shona or English. We are relying on interpreters for communication.”

Nickel is a silvery-white metal that is used mainly to make stainless and other alloys stronger and better to withstand extreme temperatures and corrosive environments.