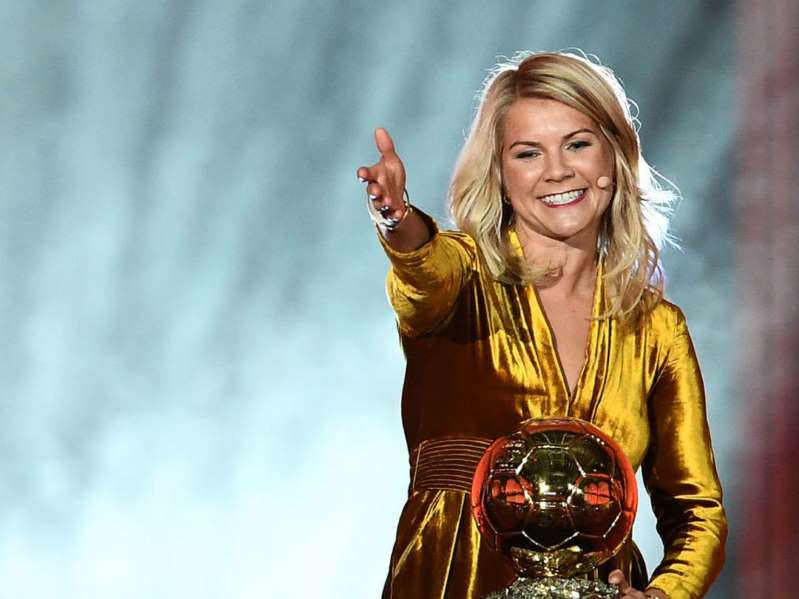 Ada Hegerberg made history Monday, as the Norwegian star was crowned the first-ever winner of the women’s Ballon d’Or during a gala in Paris.

What was supposed to be an uplifting moment, though, was marred by Martin Solveig. Upon her acceptance of the trophy, Hegerberg was asked by the French DJ – who was emceeing the event alongside David Ginola – if she could twerk on stage.

Hegerberg, who scored 42 goals in all competitions last season and led Lyon to a third consecutive Women’s Champions League title, promptly responded “no,” before turning away from Solveig. His request drew looks of bewilderment from the crowd, including Kylian Mbappe.

Solveig’s sexist remark came moments after Hegerberg closed a powerful acceptance speech with an inspiring note, imploring “young girls all over the world” to “please believe in yourself.”

The Ballon d’Or has been awarded to the top male footballer on the planet since 1956, with Monday’s presentation to Hegerberg marking the first time France Football magazine has offered a female equivalent.

The 23-year-old Norwegian, who has already scored over 250 goals in her professional career, has long been outspoken about what she describes as a lack of respect for the women’s game; she hasn’t played for her national team since the 2017 European Championship as a result.

Speaking after collecting her award on Monday, she told the Associated Press that she has no plans to reverse that decision.

“A lot of things need to be done to make the conditions better for women who play football,” she said. “It’s all about how we respect women’s football. I don’t think the respect has been there.

“Sometimes you have to take tough decisions to stay true to yourself. I let them know, quite clearly, what I found wasn’t working.”

Asked after the conclusion of the ceremony if she felt Solveig’s comment was sexist, Hegerberg said, per AP’s John Leicester, that she “didn’t take it as that at all.”

Social media wasn’t as forgiving to the French DJ, however. The 42-year-old was heavily criticized, and took to Twitter in an attempt to offer an apology, branding his remark a “joke,” adding that it was “probably a bad one.”

“I explained to (Hegerberg) the buzz and she told me she understood it was a joke,” he added.

Nevertheless my apologies to anyone who may have been offended. Most importantly congratulations to Ada.”

“Everyone who has an ounce of decency and respect for women is offended you knob,” she wrote on Twitter.