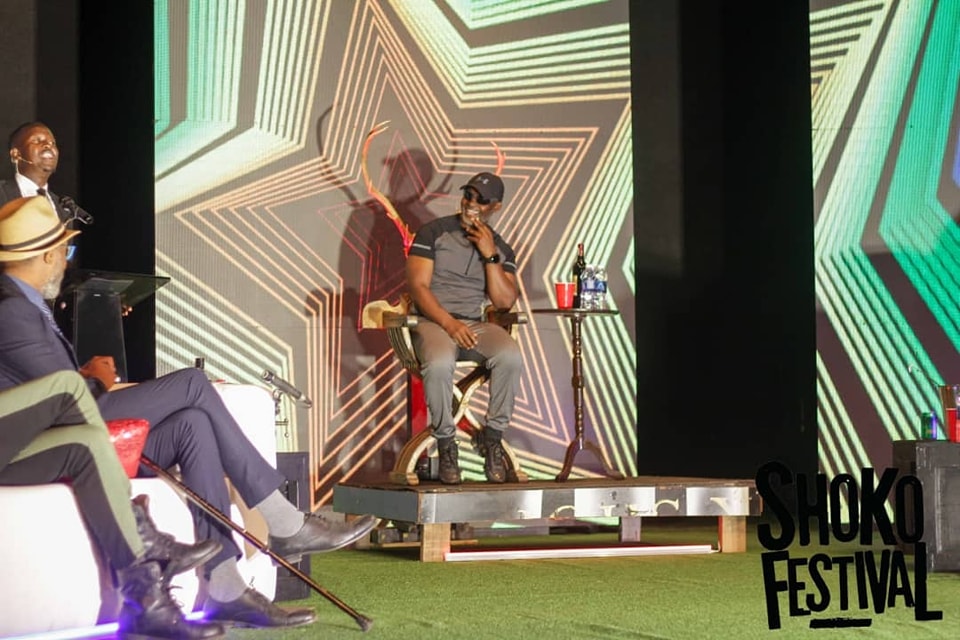 We hope rumours making rounds in hushed tones that Shoko 2022 was the last edition of Magamba Network’s annual festival are not true.

After all which festival organiser would cease a showpiece so well subscribed, perfectly choreographed and literally free for poor urban youths hungry for contemporary cultural performances but with little in their pockets.

Who in their right senses, after giving Zimbabwe the best show it might just ever have witnessed, The Roast of Temba Mliswa, would bid farewell?

The rumours have to be false.

What Shoko 2022 highlighted was the massive talent Zimbabwe has, while the roast itself showed that our entertainment industry is up there with the rest in terms of creativity, it is just a couple of million US dollars behind.

Hundreds had to be turned away as Reps Theatre trembled at the weight of over a thousand who swore not to miss the roast and honoured their word, equaling Kikky Badass’ body count according to Doc Vikela the night’s host.

Darkness in the auditorium contrasted the lighting on stage, the carefully thought out set and artistry in delivery of some of the best but personal jokes that left many cringing while pushing down laughs that would later reverberate after noting that no fight would breakout.

With Sam “Cde Fatso” Monroe the only white man who survives on begging, demon possessed Vimbai Zimuto, Kikky Badass the only artist whose face cannot be recognised until she turns her back, Carl Joshua Ncube the fatherly stand up comedian without a child of his own, there was no fear of disappointment.

Zimbabwe’s second favourite fake man of god after Passion Java, Prophet Talent Madungwe did not waiver as had been feared, line after line he went, laying into a hapless Kikky Badass who could only watch as the man of god for a while drew whistles and cheers from the sold out venue.

Kikky Badass, later to be renamed Bev by Madungwe, took the opportunity to remind Cde Fatso of how Gemma had dethroned him; laying into him for thinking he was the only white man using black culture to become famous.

C’kanyiso Dat Guy, the man behind Bustop TV Lucky Aaron and hero of the show Doc Vikela of Simuka Comedy completed a lineup that would ask Mliswa the difficult questions Zimbabweans had been failing to ask him; how does one get to have 19 children and how does he travel with them when going for his usual vacations.

They did justice to their task; giving the crowd more to cheer about by constantly laying into Zimbabwe’s ‘most beautiful woman’ Lorraine Guyo, whose decision to quit the roast could just be her best so far after release of the ndinyengeyiwo video.

‘The man women know as the minister of interior,’ Mliswa’s entrance was one for the cameras, for the World Wrestling Entertainment (WWE).

Accompanied by martial artists who made sure to feign attacks on Aaron, Mliswa made his way to the hot seat, emotions in check as the roast needed it and ready to face the music from Zimuto and Kikky Badass both of whom he said he could impregnate.

“When I heard that celebrities wanted to roast me I did not expect to see some of these washed up comedians, nudists, some who are known for doing drugs, colonisers and delusionary religious fanatics. Are we as a country really serious? Are these the celebrities we have?” were Mliswa’s first lines to much laughter.

It is unfortunate none of our main broadcasters aired the roast, it could have been good content for our latest kid on DStv, Zimpapers Television Network (ZTN Prime) or the sometimes ‘too informative and less entertaining’ ZBC whose viewership is waning by the day.

That they ignored it should surely go down in history as one of the worst decisions made by their administrators; that show should have been accessible for the rest of Zimbabwe’s already starved people. 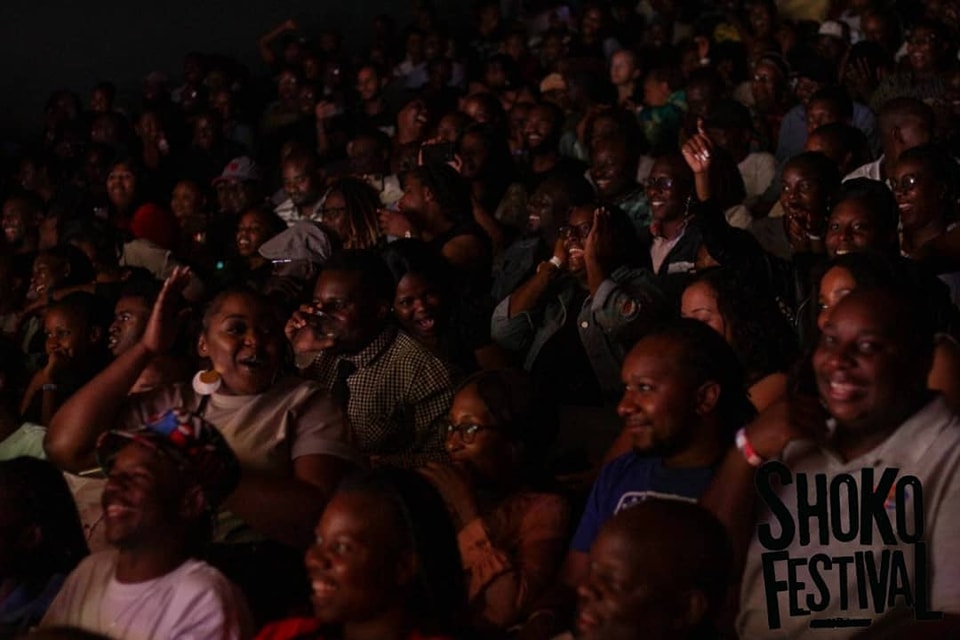 “Laugh all you want but to all women in here, rest assured I am somewhere in your husbands’ phones,” bellowed Zimuto straight after being mocked for her music videos which have been categorised pornographic by many.

Mliswa’s relationship with Zanu PF came to the fore when Cde Fatso dismissed him as an appendage of the ruling party just pretending to be independent: “Mliswa alleges that he is not part of Zanu PF but ever since becoming independent he only ever talks on behalf of Zanu PF, he is the most independent member of Zanu PF,” said Cde Fatso.

His sexuality was questioned despite siring close to 20 children with a number of women. Former cabinet minister Saviour Kasukuwere was unfortunately hit by a stray bullet, fingered as one of his partners.

“Ladies you should be worried instead of getting so excited when he is around now, hold your legs tight in Mliswa’s presence, men too but C’kanyiso do not worry you are not his type,” said Zimuto.

This surely cannot be the end! Not after such a masterpiece, no.

Introduced in 2011 as an artistic platform meant to contribute towards youth development in the arts and freedom of expression, Shoko Festival has indeed lived up to its aim of becoming a leading urban culture festival in the region.

If Shoko Festival, the Winky D of cultural festivals has indeed taken a bow, it has done so on the big stage, on a high and like a boss! 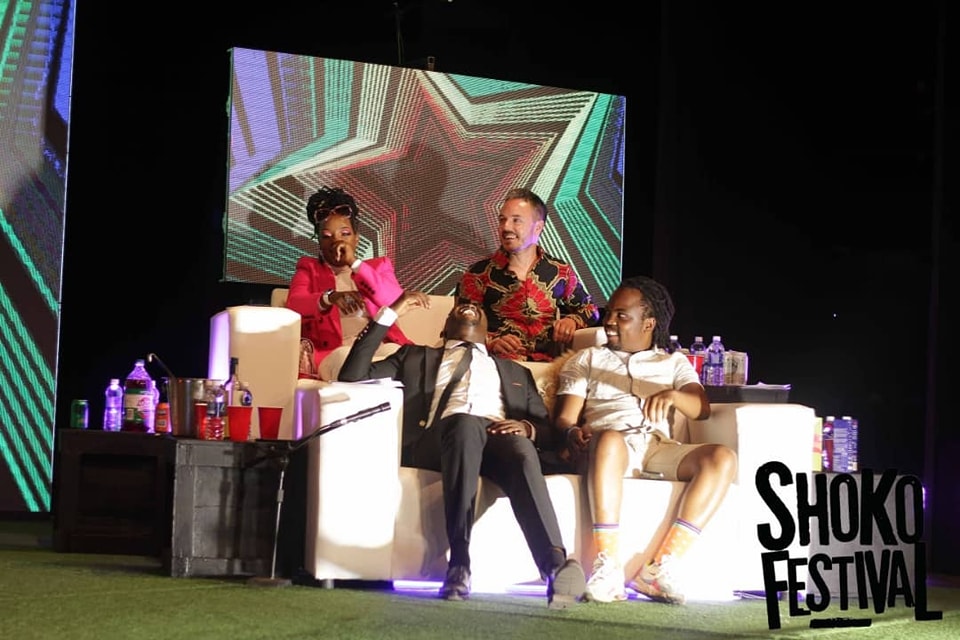