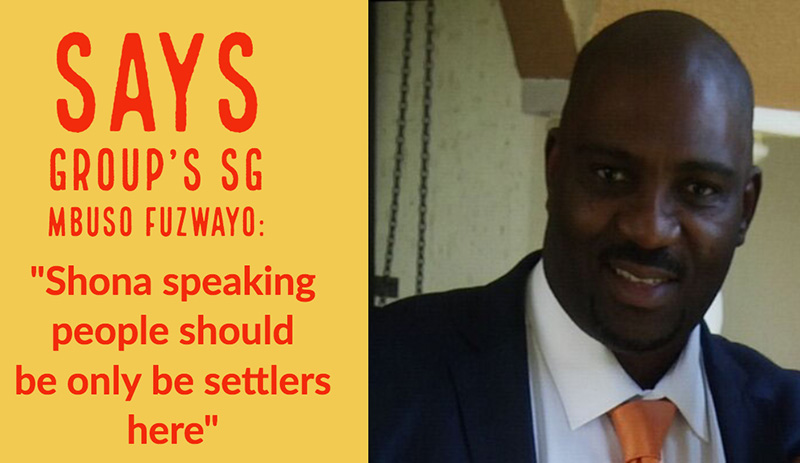 BULAWAYO based pressure group Ibetshu Likazulu has said Shona speaking people in Matebeleland should be barred from contesting council and parliamentary elections in the region.

In an interview with New Zimbabwe.com, the organisation’s secretary general Mbuso Fuzwayo said they are concerned about the number of people with Shona names who prevailed in just ended Zanu PF primary elections.

“Shona speaking people should be just settlers in Matebeleland and not allowed to participate in elections,” he said.

“Only Ndebele people should be allowed to contest elections in the region because they have been marginalised for a long time.”

Fuzwayo claimed that during the just ended Zanu PF primary elections, six Shona speaking people were elected to represent the party in the general elections in the region.

“When Shona speaking people represent Matebeleland region, they will actually be reducing the voice of the Ndebele people in parliament.

“The other thing is that Shona people have more resources than Ndebele people. This is how they are winning these elections.”

Officiating at a recent streetlights handover ceremony in the city, the Minister of State for Bulawayo Metropolitan province, Angeline Masuku, castigated people segregation on the basis of ethnicity and tribe.

“When I first arrived in Bulawayo in the 50s, I found a lot of Shona speaking people already in the city,” said the minister.

“Some of them had established successful businesses like the Chigumiras, Masururwas and others. These are Bulawayo people and their children do not know any other (home) except Bulawayo. They are all Bulawayo people.”