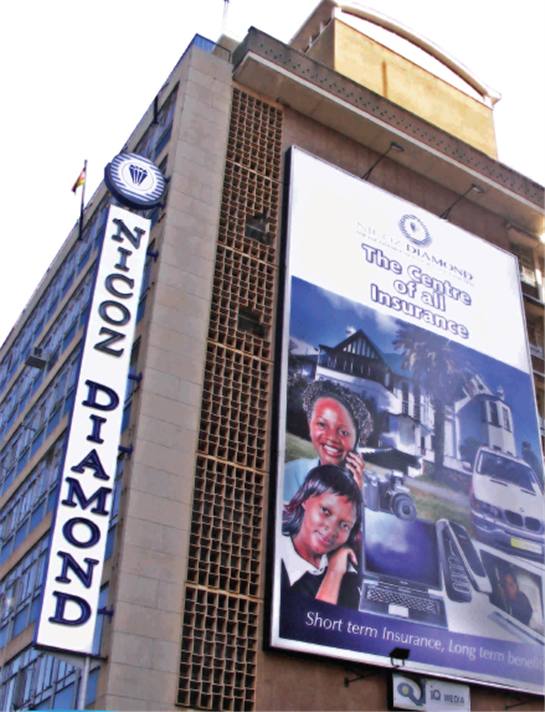 THE country’s largest short-term insurer, NicozDiamond’s Gross Premiums Written (GPW) grew 42 percent to $22,4 million in the full-year to June, pushing its net profit up by 71 percent to $1,3 million, the company said last Friday.
Net Premiums Written were 50 percent higher at $15,1 million from $10,2 million last year but the operating profit fell 35 percent to $1,2 million after claims and operating expenses grew 45 percent over the prior year.
The company’s Zimbabwean operations grew gross premiums by six percent but the underwriting profit fell 54 percent due to the long-term nature of policies and a high proportion of uncollected premiums, the company said.
For the group, underwriting profit fell 39 percent to $694,000, with the Malawi unit, United General Insurance Company (UGI), which it purchased from Zimre Holdings in January this year, making losses due to high claims while the Ugandan unit, FICO, made a small yield.
Income from properties and other investments contributed the balance of $533,000 to the operating profit, 22 percent lower than in the prior year as occupancy levels continued to fall while other investment posted lower than average returns.
“Though  some of the associates were still in loss positions  at June 2015, this had significantly reduced from  prior  periods, particularly relating to the new entity in Mozambique which  is  performing according to expectations of a start-up entity and is expected to start breaking even in the third year of trading,” said the company.
Diamond Seguros began operations in March last year and had met its revenue target of $2,3 million for the first nine months of trading.
As at May 22 this year, the unit had written $1 million worth of business, NicozDiamond chief executive, Grace Muradzikwa told The Source in June this year.
Going forward, the group expects to grow revenues through new sources of business such as the Global strategic alliances as well as from the new products. It also expects to launch two new products before the end of the year.
“Expenses will be stringently managed for the remainder of the year with a host of cost controls measures already being put in place to ensure leaner and more efficient structures. Increased vigilance will be exercised on claims in light of the increased prevalence of fraudulent claims,” the company said.Advertisement

Sales of the group’s Diamond Villas cluster houses sales have been slow though they are expected to pick up as some financial institutions are now giving longer tenure mortgages.
The sales are expected to improve investment income for the year though at a lower magnitude than had been initially anticipated.
Its Malawi subsidiary is expected to turn to profitability on underwriting by year end while FICO in Uganda   is  at   best expected to break even.
The group declined to declared an interim dividend until the full year performance has been ascertained.