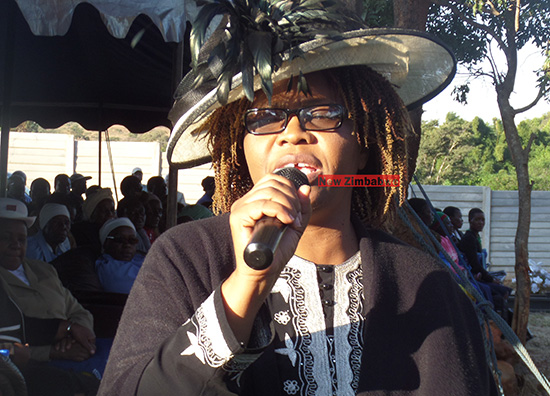 STONE and wood carvings displayed by street vendors in Zimbabwe reflect a long tradition of sculpture, and despite economic and other challenges, the country’s artists are forging new paths and even have displays at one of the world’s most prestigious art fairs.
Zimbabwe has a national pavilion at the Venice Biennale for the third consecutive time, making it an African standout at the Italian event that Raphael Chikukwa, curator of the National Gallery of Zimbabwe, describes as “the Olympics of the visual arts”.
Chikukwa spoke in Harare last week to The Associated Press after returning from Venice, where the work of three Zimbabwean artists is displayed at the waterfront church of Santa Maria della Pieta.
The artists include Chikonzero Chazunguza, who draws inspiration from 18th century local leaders who opposed British colonialists, and Masimba Hwati, who incorporates Twitter, Coca-Cola and other brand logos into his work.
The third, Gareth Nyandoro, portrays Harare’s street vendors, whose large numbers reflect Zimbabwe’s high unemployment.
“Continuity in these international forums is key,” Chikukwa said in his gallery office. He praised state support and cited efforts to nurture young artists.
The Harare gallery is currently displaying the work of “Born Frees,” artists born after Zimbabwe became independent in 1980.
There is also an exhibition of portraits of prominent actors, academics, politicians and other local figures. A huge painting shows Robert Mugabe, the 91-year-old president who has ruled since the end of white minority rule.
The gallery opened in 1957 and the first exhibition, titled “From Rembrandt to Picasso,” showed original works by European artists.
The Venice Biennale, which ends in November, features 89 national pavilions. Other African participants include Angola and South Africa. The fair curator is Nigerian Okwui Enwezor, the first African to hold the post.
Zimbabwe’s economic woes have left artists struggling for funding. Chikukwa also contrasted the big crowds at the Biennale’s opening week to the lack of strong interest in Zimbabwe for art exhibitions.
He remains motivated, however, by his mission to have the artists’ work be seen.
“Giving voice to artists, it’s a very important element in any society,” he said.Advertisement