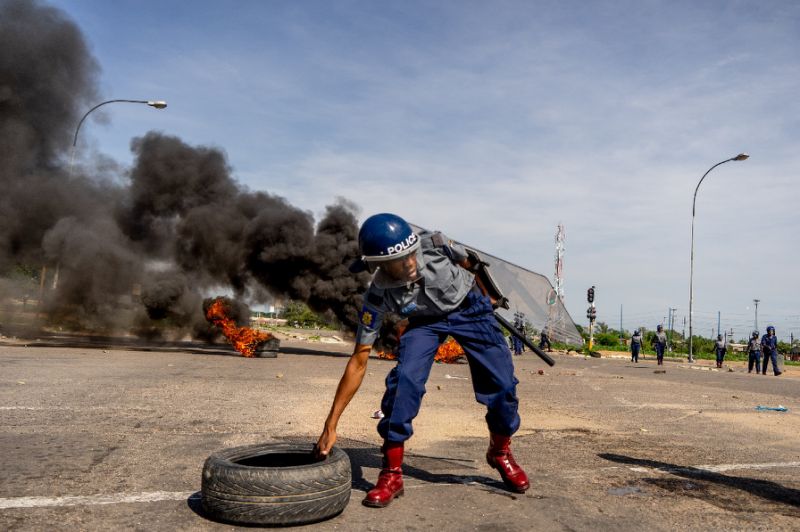 HARARE and Bulawayo were largely deserted Tuesday as the country-wide protest called by labour unions and anti-government activist entered its second day after a violent start Monday.

“Today it’s day two of the Shutdown. We urge workers and citizens everywhere to stay at home,” tweeted the Zimbabwe Congress of Trade Unions (ZCTU) which called the protests.

“Our struggle is genuine and there must be economic reforms for the poor to survive.”

The government was also accused of shutting down the internet with communication on the popular WhatsApp platform impossible from mid-morning and access to social media cites such as Twitter and Facebook restricted.

Mobile phone networks were also partially shut down, with one industry source saying the systems had been jammed and many users complaining of limited access.

The opposition said the internet blockade was aimed at covering up a crackdown against civilians by the security services.

Advocacy gorup, Zimbabwe Association of Doctors for Human Rights, reported that five people were killed Monday in clashes between demonstrators and security forces who opened fire on some crowds.

Another human rights group said 26 people suffered gunshot wounds and that some were afraid to go to hospitals for fear of arrest.

State security minister Owen Ncube confirmed that lives were lost although he did not reveal the number of the fatalities.

Meanwhile police fired tear gas to disperse protesters in Bulawayo Tuesday as they chanted for the removal of President Emmerson Mnangagwa amid reports of looting across the city.

Government more than doubled petrol prices at the weekend after months of shortages when drivers have been forced to queue for hours to fill up, while essentials such as bread and medicines have also been scarce.

In Harare, most shops remained and kombis that usually transport workers from the suburbs to the city centre were not running.

In Kuwadzana suburb, police were on patrol and forcing people off the streets.

One resident, Tawanda Mataya, said he and his 17-year-old son had been beaten up by police.

“It’s so painful,” Mataya told AFP showing swellings on his back.

“I was standing at my gate to assess whether I could go to work then this group of police who were passing by started beating me.

“My son who heard me screaming and opened the window to see what was happening was slapped several times.”

Zimbabwe’s economy has been in dire straits since hyperinflation wiped out savings between 2007 and 2009, when the Zimbabwean dollar was abandoned in favour the US dollar.

Locals rely on electronic payments as US dollar notes are in short supply. The local “bond note” currency, introduced in 2016, is little trusted and falling in value.

Mnangagwa has claimed that he represented a fresh start for the country and vowed to revive the economy by attracting foreign investment.