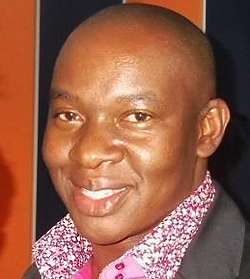 AFTER falling from grace with Zimpapers following allegations of fraud, veteran broadcaster Tichafa Matambanadzo, popularly known as Tich Mataz, has bounced back at Star FM.
Having contributed to disappointing financial results which featured a massive US$1.4 million loss, Star FM has had to swallow their pride and bring back the Midas Touch.
His return follows the exit of Justin Mutasa who was chief executive of listed media company Zimpapers, Star FM’s holding company.
In a statement, the station’s general manager Darlick Marandure confirmed the return of Tich to a prime dee-jaying slot.
“Renowned broadcaster Tichafa Matambanadzo popularly known as Tich Mataz returns to the airwaves on November 21 as a guest presenter,” read a part of the Zimpapers presser.
“The Midas Touch will present the popular Friday Crossover (FXO) slot as a guest presenter on Star FM from 12 midday to 3pm.
“Mataz joins the popular duo of Otis ‘Da Flow’ Fraser and Kelvin ‘Soul Supreme’ Sifelani at the fastest growing station in the nation.”
Although he was touted as a ‘guest presenter’, insiders say Mataz is slowly being brought back into the fold.
“Of course the fact is that Zimpapers needs Tich as much as he needs them and maybe even more. We aren’t doing too well at the moment. Besides, he has very powerful friends right at the top,” said a source privy to the ‘return plan’.
“With Zimpapers you can be expelled for not tying your shoelaces while some can literally burn down a studio and return after being granted clemency. It depends on who you are friends with right at the top.
After Mutasa’s ouster Mataz now has friends right at the apex hence his return. He is going to get a higher and permanent job soon; just you wait and see.”
But Mataz’s return is not only down to cronyism.
“While he may be favoured, the fact is Tich has the crowds and is good at his job. Zimpapers cannot afford to keep firing talent on flimsy allegations and soon many whose expertise can help boost the profit side of the company in these dire times are set to return.
“Look at (DJ) Munya and (Acie) Lumumba. They are coming back because they contribute to the company positively and many others may be asked back if only as part-time helpers,” said our source.Advertisement

And the statement by Star FM points towards an eventual permanence to ‘guest Tich’s’ new stint.
“Matambanadzo and Sifelani will continue to make guest appearances at the station until further notice,” the statement read.
Struggling to make an impact in the face of the more popular Susan Makore-led ZiFM Stereo juggernaut, Star FM will need Tich as part of their arsenal in their quest to finally get their bank balance in the black yet again.