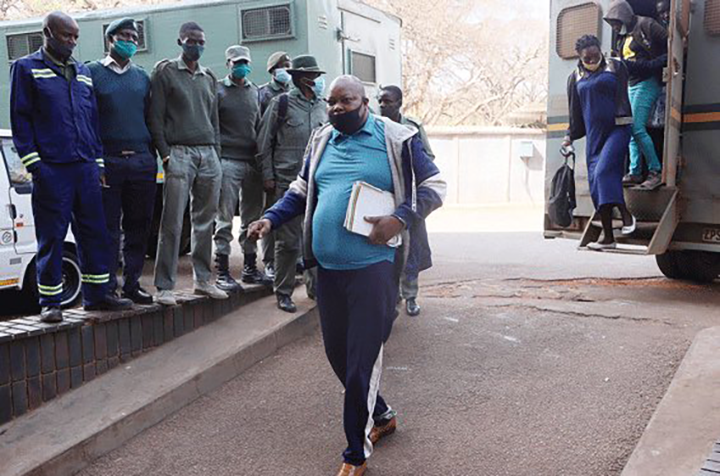 CITIZENS Coalition for Change (CCC) legislators, Job Sikhala and Godfrey Karakadzai Sithole’s will have to endure more agonising dark and cold nights in remand prison after their bail ruling was set for Monday next week.

The duo, through their lawyers Beatrice Mtetwa and Jeremiah Bamu, filed written submissions arguing that there was no evidence linking them to the alleged offence.

In their submissions, Bamu argued that the fact that the State had not yet produced the alleged video means that it did not have any basis to charge them.

“At the initial hearing, the applicants requested for copies of the video clip alleged for the purposes of challenging their placement on remand,” argued Bamu.

“The State, led by Mr. Reza, indicated that this was a process that required time to accomplish and would be done in due course.

“To date, despite the lapse of more than forty-five days, the State has since failed to furnish copies of the video.”

They also told the court that other suspects arrested in connection with the Nyatsime skirmishes were not linked to Sikhala and Sithole, hence there was doubt the legislators even committed the offence.

The pair also averred ZimLive had issued a statement saying that they did not post any video as alleged by the State.

The State through the investigating officer, Hardwork Maziti, previously opposed Sikhala’s bail application citing he had a propensity to commit further offences.

This was the primary reason the State was relying on in opposing granting the duo bail.