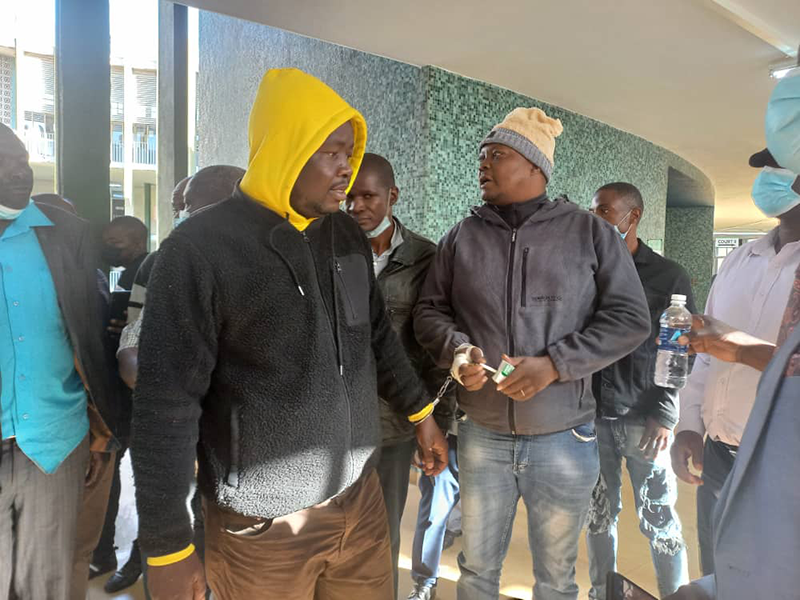 JAILED Citizens Coalition for Change (CCC) legislators Job Sikhala and Godfrey Sithole have said their families are living in fear and insecurity as strangers continue paying them unusual visits at their houses.

The two lawmakers have been in prison for the past three months.

In a letter seen by NewZimbabwe.com which was addressed to political analyst, Dr Ibbo Mandaza, the two appealed to well-wishers for the installation of cameras and alarms at their respective residences.

“Our dear brother, we have two important requests from you that need your urgent attention. Our dear brother, the security of families is at a precarious end. Unusual visits are happening at our homes,” reads one of the letters.

“We need 24-hour CCTV cameras installed to record everything. We seek your assistance, to find who would assist in funding the installations for us. With the current electricity challenges, it would be prudent to accompany the installation with solar energy, to avoid taking chances.”

“Also alarms around the houses are also important. What we ask for is installation and we would not even want the donor to be known. You can only send installers.”

The two MPs were arrested together with a dozen other party activists for allegedly inciting the violence which rocked the funeral and memorial service of slain CCC activist Moreblessing Ali.

Sikhala was representing Ali’s family as their lawyer.

All the jailed activists have been denied bail several times by both the Magistrates and High Courts several times.