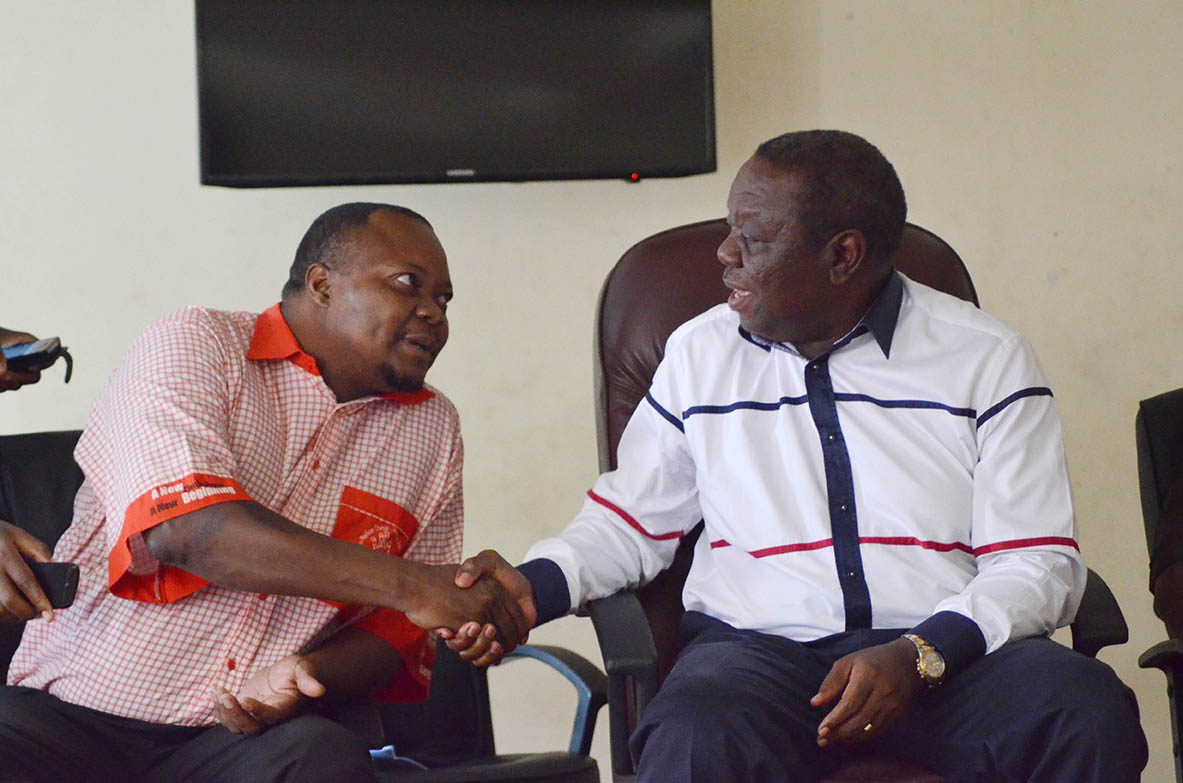 OUTSPOKEN MDC-T top politician Job Sikhala has claimed that Morgan Tsvangirai told him he lacked confidence in the leadership qualities of his deputy Thokozani Khuphe and other top leaders within the popular opposition.

Sikhala, who is MDC-T national secretary for mobilisation, was speaking in an interview with a private radio station on Monday evening.

The founding MDC legislator for St Marys said when Tsvangirai took the decision 2016 to appoint two more VPs, he confronted the ex-Prime Minister over apparent attempts to throw the party into disarray.

Sikhala said after his heart-to-heart discussion with the late charismatic leader, he was convinced Tsvangirai had made the correct decision.

“The President (Tsvangirai) said, ‘Job, I have looked among all my top leadership in the party, in the standing committee.

“’Job, I have failed to have confidence that none (sic) of them would be able to continue with my legacy if anything happens to me’. I think by that time, the doctor had told him about the cancer,” Sikhala said.

“So, he (Tsvangirai) said I have done this (appointing two VPs) as an alternative measure so that I open the race to everyone…

“However, I specifically did the appointment of the two Vice Presidents because I have got no confidence in all the current top leadership of the party. That is what he told me.”

Sikhala, who is in MDC-T co-VP Nelson Chamisa’s camp, did not mention the names of party leaders Tsvangirai could have been referring to.

But when the former premier made the appointments, the MDC-T had a deputy President in Khuphe who could have easily taken over from Tsvangirai in the event of the latter resigning or being forced out through any natural means.

Sikhala’s comments tally with remarks made recently by MDC Alliance co-principal Welshman Ncube who also claimed that his late ally confided in him on his deathbed that his choice of successor was Chamisa.

When he made the appointments, Tsvangirai later told a media briefing at his Highlands house that he had appointed Chamisa and Elias Mudzuri to assist him as he tried to recover from colon cancer.

He denied any tribal or gender misgivings towards his substantive female VP who also hails from Matebeleland.

Khuphe is currently embroiled in a bitter succession fight with crowd favourite Chamisa who has railroaded party organs to install him as acting party leader for the next 12 months.